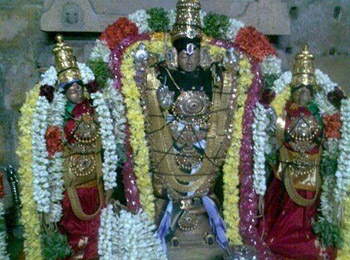 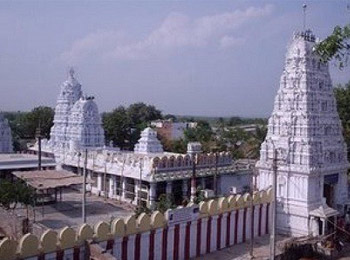 Chennakesava Swamy Temple was built during 1405-1459 AD, the period of Vijayanagar rulers. The temple has magnificent gopurams. The first storey of the temple was built during the Krishnadeva Raya’s reign, while the other storeys were added in 1837. The walls of Sri Chenna Kesava Swamy Temple were constructed in 1425 AD and have 18 inscriptions. These inscriptions give an account of culture and lives of people during the reign of Krishnadeva Raya. It is said the king gave away 355.14 acres to 14 surrounding villages just so that the people of villages would look after the temple.

Special attractions in the temple 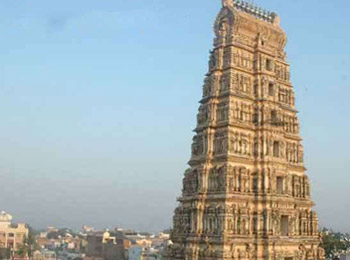 Galigopuram of 135 feet: The temple has a massive Galigopuram of 135 feet in height which can be seen from 5 km away. It is an imposing and majestically magnificent sight.40-pillared Mandapam: There is a 40-pillared Mandapam with intricate carving of the deities like Lord Sri Krishna, Lord Anjaneya, Lord Vighneswara and Goddess Sri Mahalakshmi with their respective Vahanas.Magnificent Kalyana Mandapam: There is also a magnificent Kalyana Mandapam which has 6 musical pillars that produce 7 musical notes of Sa Re Ga Ma Pa Da Ni in its correct Aarohana and Avarohana, when gently tapped with fingers.Sun Rays falling at the Lord’s Feet: The astounding feature of this temple is every year from 16th December to 14th January every morning the sun’s rays enter the sanctum sanctorum through specially placed windows and fall at the feet of the Deity. This is an incredible architectural wonder that speaks volumes of the expertise of the artisans of Vijayanagar Dynasty. This causes the deity’s feet to glow for 20 minutes every day, during which devotees throng to the temple to catch a glimpse of this spectacular vision.Located in Markapur in Prakasam District, Sri Chenna Kesava Swamy Temple is a popular religious destination.

Chenna Kesava Swamy temple was established between 1405 -1459 AD, under the rule of Vijayanagar. The temple has marvellous gopurams. The first level of the temple was built during the reign of King Krishnadeva Raya while the rest of the levels were constructed in 1837. The walls of Chenna Kesava Swamy Temple were built in 1425 AD These walls has 18 Inblockedions craved on it. These Inblockedions display the information about the tradition, culture and lifestyle of people during the king Krishnadeva Raya’s reign. The king donated around 355 acres of land to the nearby villages so that the people from these villages can take care of the temple.

MELA for more than 10 days happens on every year during the month of March and April, at that time it is assumed that at least 100,000 people visit the temple. During this ceremony they take the UTSAV statue of the god on the BIG TERU (Car). Recently they have constructed a brand new car looks great by demolised the old Car.

Nearest airport is Donakonda Airport, which is 32 km away from the temple. Travel Buses and taxis are available to access the temple at Markapur.

Nearest railway station is Markapur Railway Station, which is 5.4 km away from the temple.

Buses are available from all places in Andhra Pradesh and Telangana to reach Sri Chenna Kesava Swamy Temple in Markapuram, Prakasam District of AP