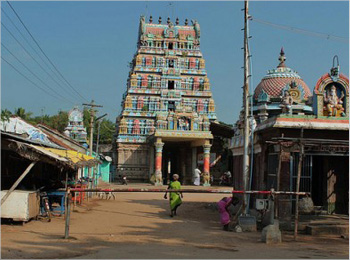 Agnishwarar Temple, located at Nalladai in Nagapatnam District in Tamil Nadu, is dedicated to Lord Shiva and is around 15 km from Mayiladuthurai. The temple is popularly known as Nalladai Sivan Temple. 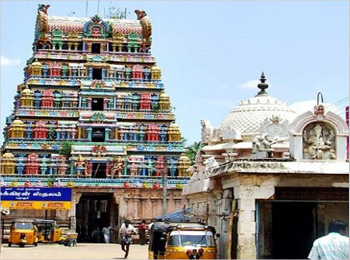 The sanctum sanctorum of the temple was built with stones during 1146-1163. The temple land was donated by the king for building of the temple dedicated to the Lord.
There are entrances on three sides of the temple. There are shrines for Dwara Vinayaga, Balamurugan, Selva Vinayaga, Lord Vishnu, Somaskanda, Goddess Lakshmi, Shani Bhagwan (Saturn), Kailasanatha, Kalyaani, Bhuvaneshwari, Chandikeshwara, Veerabadhra, Lord Dakshinamurthi, Sun, Bhairavan and Goddess Durga in the corridor. There is no separate shrine for the Navagrahas (9 planets) in the temple. 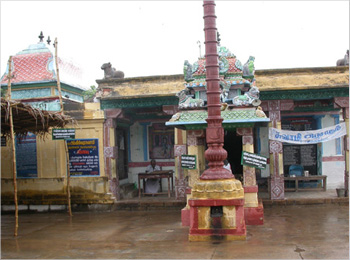 The presiding deity Lord Agnishwarar was known earlier as Tiruvanneeswaram Udayar, during the Puranic Age. Lord Agnishwara graces facing west against the traditional direction of east. There is slope like formation around the Shiva lingam filled with water to calm down the Agni (fire) of the Lord. Mother Sundharanayaki graces facing south.

Sage Mrugandha Maharishi organized a great Fire sacrifice for the Lord of Nalladai. He also announced that the materials required for the Fire sacrifice may be contributed by the public. The people wove three silk clothes with gold and offered one to the Lord, one to the Rishi and the third to their king. At the end of the fire sacrifice, the Rishi put two clothes given to him and the Lord in the Yaga Gunda (the fire pit). The public wondered whether the clothes placed in the Yaga Gunda reach the Lord. The sage asked them to go and see it for themselves in the sanctum sanctorum. It was astonishing for the devotees to see their clothes covering the Lord. The sage explained that of the various types of Agni, Bharani Rudhragni was one and that took the things they gave to the Lord. Hence, the Nalladai temple is attributed to Bharani star.

Aipasi Annaabishekam in October-November, Karthigai Somawaram-Mondays of Karthigai in November-December, Margazhi Dhanur pujas and Arudhra Darshan also called Thiruvadhirai in December-January, Thai Fridays and Thai Poosam in January-February, Maha Shiva-rathri in February-March, Panguni Uthram in March-April, Panchamurthy processions on Karthigai Sundays in November-December are the festivals celebrated in the temple.

People born in Bharani star pray in this temple in particular for relief from bad planetary effects. People also pray for wedding proposal, child boon and other benefits. As the temple faces west, it is believed that praying here would bring great benefits to the devotee.

Mayiladuthurai is the nearest railway station from where you have to take a bus to taxi to reach the temple.

Buses or taxis from Mayiladuthurai can be taken; there are also some auto rickshaws outside the bus stand.