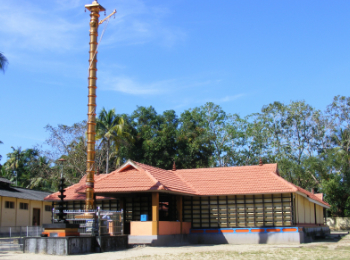 The Thrichattukulam Mahadeva Temple is a Sree Sivan temple located at Trichattukulam junction . It is near the NSS Higher Secondary School in Cherthala Arookkutty Road.The place is 21 kilometers away from Cherthala and 4.5 kilometers away from Arookkutty.It is near Panavally in Alappuzha district. The famous vembanad Lake courses along this beautiful town. The global tourist destination Kumarakom is jusa 10 km travel from here. 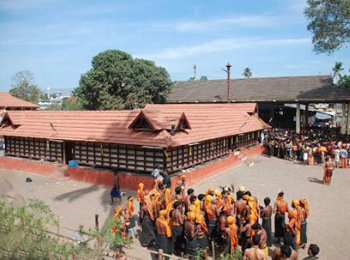 The main deity of this temple is Lord Shiva, popularly known as Thrichattukulam Mahadeva .There are shrines for other deities set up in the temple like, Sree Ganapathy, Sree Mahamaya and Sree Nagayakshiyamma. A Naga Yakshi prathishta is present at the north east corner of Valiyambalam. 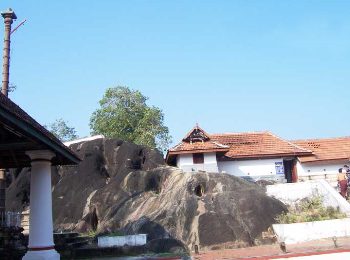 Previously this temple was under the management of Nampoothiris. Later the temple came under the management of a Warrier family and continued to be maintained by them for a long time. Finally it came under the ruler ship of Venad kingdom. Now it is one of the major Mahadeva temples managed by Travancore Devaswom Board. Daily five poojas and three sheevelis are held. Locally Lord Thrichattukulathappan is known as Vaduthalayesan.

The temple faces towards the east. In front of the copper dwaja ,a big anakkottil is present. The eastern tower (gopuram) is small and simple. Wooden sculptures adorn the balikkalppura and namaskaramandapam. The Shiva lingam is covered with a Thirumukham. The presence of Lord Mahadeva is felt by the devotees while standing in front of the sreekovil. Shrines of Ganapathy and Bhagavathy are present inside the nalambalam. The Bhagavathy idol was set up in the year 1978. The rectangular sreekovil of Shiva is two storied with a copper covered roof.

The temple pond is present at the north side of eastern gopuram.

The yearly festival (utsavam) is makara bharani utsavam held in Makaram, in the months of .January- February. Customary arts, music and dance are performed through this period. The festivity concludes with Arattu. The utsava murti of the divinity is taken out of the temple for ceremonial dip on the final day. Caparisoned elephants and melam are part of the ritual. Few other significant days are Shivarathri, Thiruvathira, Mondays and Pradosha.

The main offering is Vedi vazhipadu, particularly the Gopurathinkal vedi. Apart from it, Ksheera Dhara, Pinvilakku and Rudrabhishekam are some other important offerings.

The temple has a good Sreekovil where Siva is seen giving darshan towards the east. 5 poojas are offered here like the Maha temples. Lighting lamp behind the Linga is popular here. Ksheera dhara is mainly done for curing mental issues and Pinvilakku for getting good marital life.

The Town can be reached by taking a train on the Cochin-to-Alleppey rail route. The railway station is called Sherthalai in Indian railway parlance. The four-lane NH 47 runs through the town.