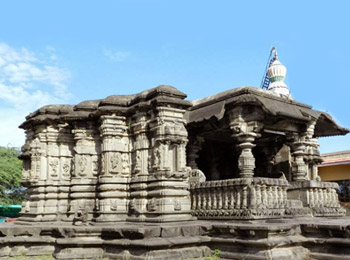 Mankeswar is a popular tourist spot and religious site. It is located in Bhoom tehsil within Osmanabad district in Maharashtra. Mankeswar is considered a holy village for the famous Shiva Temple and Sathwai Devi Temple which attracts loads of devotees all through the year. 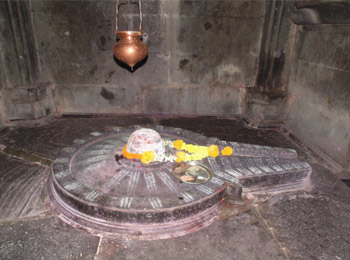 Mankeswar’s Shiva Temple is revered and sacred. It’s constructed in Hemadpanthi architectural temple forms. It is carved out of black rock, and is crafted with marvellous artwork on its walls. This along with seven other temples encircling the main temple was destroyed by Emperor Aurangzeb. There were 7 temples around the central temple and all are in ruins.

The shrine is situated on the banks of a river which circles it. The landscape is amazing. The Shiva lingam is situated inside the temple below ground level. Pilgrims have to take a flight of steps down to worship it. Statuettes and carvings on the interior and exterior walls are magnificent with several poses like dancing and wrestling.

The nearest commercial airport is in Pune.

The nearest Railway Station is in Barshi.

The state transport bus plies to and fro from Bhoom and Barshi to Mankeswar.