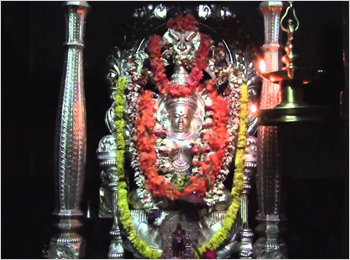 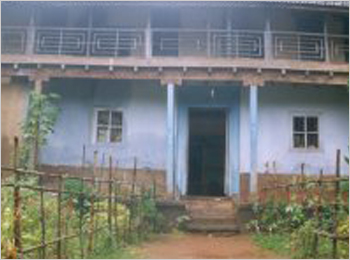 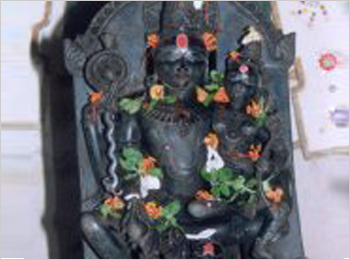 The family of Manki called Mankikars lived between 1400 - 1500 AD, during the time of Jains' reign in Nagar Sansthana The Mankikars family had a large scape of area in Manki and also at Susgadi town of Bhatkal Taluka. They had several inhabitants in their area. Once a quarrel took place amongst the inhabitants, due to which occupants in Manki Village were irritated.

At the time of Ganesh Chathurthi, these irritated inhabitants took the reprisal. They brought a pack of Bananas, which was to be used as an offering during the Pooja, and injected poison with a needle and gave it to the person who was supposed to do the pooja on the day of Ganesh Chathurthi. The landowner prepared Rasayana of the Bananas and adored Ganesh. On completion of the Pooja, the family consumed Rasayana, and died because of the poison injected into the bananas. Fortunately, one of the girls of Gersappa family, married to the Mankikar family, was saved, since she had gone to Honavar for her first delivery.

The widow with the new born survived and brought him up. Once when the youngster grew up, he brought the matter to the attention of the King, who inturn punished the accused by giving death penalty. Even though the youngster was happy initially on hearing about the death penalty, he slowly started feeling sad for his attitude of revenge later, which he believed was a sin. One day he had a dream in which an old man told him that he would be digging the tank in a spot adjacent from where he would get two Idols viz. Janardhan and Laxminarayana. Out of which, Janardhana ought to be introduced as Manki and Shri Laxminarayana ought to be introduced as Bhatkal. Then his guilt would go. This is how the temple came to be built.

Vanabhojana is celebrated annually on Kartik Bahul Shashti (in November).

Bhatkal is located 135 km from Karwar in Karnataka.