The Shoolini Mata Temple is one of the prime attractions in Solan. 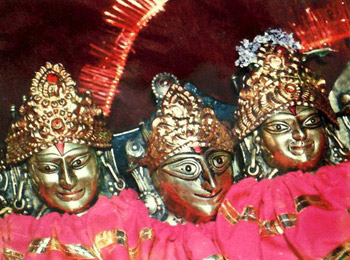 It is also believed that the town of Solon was named after Shoolini Mata, who is the presiding deity of the temple. 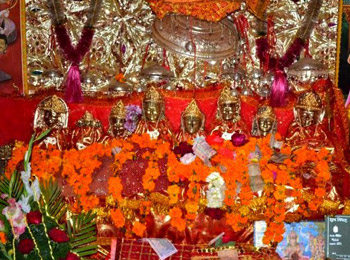 As per legends, the temple was once the abode of Shoolini Mata.

The shrine attracts huge crowd during festival days, especially during the Shoolini fair. The temple looks beautiful in the night when it is completely illuminated and is crowded on holidays and festivals. Other highlights of the fair are activities like dancing, singing and wrestling .The fair attracts traders, sweet sellers, general merchants and shopkeepers from the neighbouring town.

Solan is located in the state of Himachal Pradesh and serves as a base to some amazing hill stations like Kasauli and Chail. It is connected to major cities by road and the Kalka-Shimla railway. The airport at Shimla too is connected to Solan by road.

Solan is well connected by the UNESCO world heritage railway – the Kalka-Shimla railway. Kalka in turn is a broad gauge that connects the city to other major cities such as Chandigarh, Shimla, Barog, Delhi, Dehradun, Amritsar, etc. From the railway station tourists can hire local taxis to reach the city. Buses are also available. Solan is approachable by road from Shimla and Chandigarh.

Regular bus services connect both the cities with Solan. Chandigarh is an hour’s drive from Kasauli while Delhi can be reached in five and a half hours.