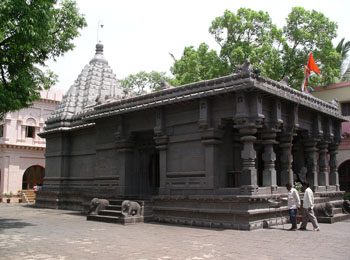 Kanery mutt is located in the Kanery village in the Karveer Taluk in Kolhapur district. It lies on a road (5 km from the Gokul Shirgaon junction) which can be accessed from the Mumbai Kolhapur highway.

Today besides the monastery, the sprawling 7 acre commune houses the Shiva Mahadev temple, a 42 ft tall Lord Shiva idol and a museum that illustrates the rural lifestyle in a typical Deccan village as it was a hundred years ago. 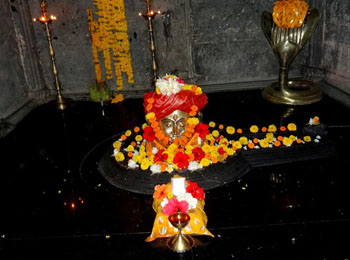 The temple is built within the boundary of a stone temple wall, having a Nagarkhana at the entrance, so typical of the Maharashtra temples and palaces. The temple is built in black basalt stone. The shikhara (tower) resembles some temples found in the Uttar Kannada region, similar to the Kadamba Bhoovaraha temple found near Khanapur. The vimana (roof) is made up of layers having teeth like shape, ascending into a cone like formation.

The main temple has some sculptures at its doorway like elephants, and Sharabha shilps shown devouring the elephants. The Sabhamandab (assembly hall) is supported by wide carved pillars. There is a huge ornamented Nandi idol in the sabhamandab besides the Shiva lingam in the Gabhara (sanctum). It is said that the temple was visited often by Chatrapati Shivaji Maharaj and his son Chatrapati Sambhaji Maharaj.

The premises also house some minor temples and a 5 ft 10 in model of Lord Shiva shown seated on a hillock. There is a 125 ft deep well in the premises, besides the resting rooms and a modern structure which serves as a meditation chamber. The meditation chamber is made in white marble and has a statue of the last Kadsiddeshwar Maharaj in the centre. The Siddhagiri museum lies outside the temple premises. 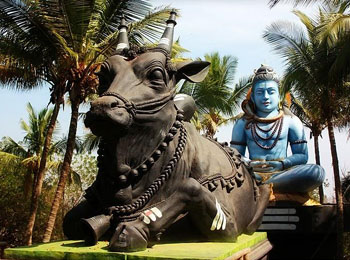 The nearest airport is Kolhapur Airport.

From Kolhapur, proceed via NH-4 and 10 km later one will come across Gokul Shirgaon Junction. From here take the right turn to reach Kanery village.