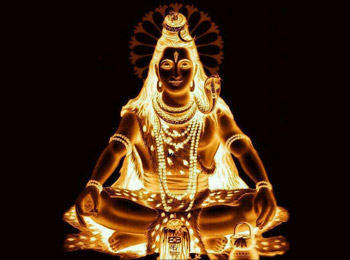 A large fair is held on the eve of Shiva-Ratri in the month of Sawan, corresponding with the monsoon months. A huge number of people come here from far and wide to worship the idol of Lord Shiva.

The Shiva temple is a place where people take vows to the effect that upon the fulfillment of their desires, they will visit the temple and present the water from the holy Ganges. As per their vows taken previous and their requirements having been fulfilled, the devotees go to Hardwar a week before the fair to bring Ganga water in two small pitchers known as 'Kawars'. Devotees travel on foot throughout the whole return journey from Haridwar to Bagot. They do not put these pitchers on the earth, as it is supposed that by doing so the sacred water contained therein will become impure. On reaching Bagot, they sprinkle Ganga water over the stone idol of Shivaand offer worship during the day by singing hymns and bhajans in his eulogy.