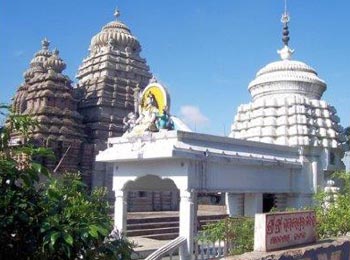 Sheorinarayan Temple is located at a separation of 206 km from Raipur, on the banks of the waterway Mahanadi, this place is connected with the legend of Ramayana. It incorporates the Shiv Temple, Laxminarayan Temple and Shabari Ashram. The Sheorinarayan sanctuary has been built in the Vaishnav shaili (style) and is accepted to have been constructed by the rulers of Hayhay Vansh. A great fair is held here amid Magh Purnima.

How to Reach Raipur

Raipur, the capital of Chhattisgarh, is the only place in the state that is associated by air to New Delhi, Mumbai and Bhubaneshwar by regular flights.

Raipur is one of the two main junctions in the state that are on the routes of express and passenger trains that either directly or indirectly connect the state to other parts of India. The superfast Rajdhani Express connects Raipur to New Delhi, the Bilaspur-Nizamuddin Gondwana Express runs thrice a week and travels from New Delhi to Raipur via Bilaspur. Passenger and mail trains connect most big and small towns within the state to Raipur.

Raipur has excellent connections to places in the neighboring states of Andhra, Madhya Pradesh, Orissa, Maharashtra, Jharkhand and Uttar Pradesh. Inter-state and national highways connect Raipur to Bhopal, Nagpur, Jhansi, Jabalpur and to cities further afield like Kolkata and Bhubhaneshwar. The important towns of the region, Bhilai (25 km), Durg (41 km), Jagadalpur (297 Km), Rajnandgaon(70 km) and Bilaspur (115 km) are connected with Raipur by road. Interstate State Roadways buses ply between the different cities while chartered bus operators run services on major routes Roadways buses are the lifelines of Chhattisgarh as they connect some of the more inaccessible places in the interiors to the capital, Raipur.