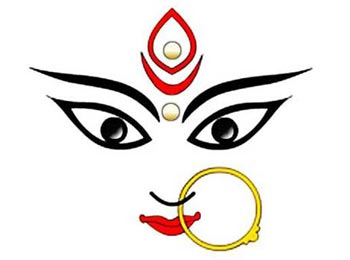 Sheetla Devi Temple is a very famous shrine for Hindus and hordes of Hindu pilgrims gather here throughout the year. The Sheetla Devi Temple has a beautiful idol of Goddess Sheetla, which has a red coloured dress holding a silver broom, a small bowl and a pot filled with holy water from the River Ganges and a fan. This temple of Sheetla Devi is also called “Shakti Peeth” and always has rush of people, expect in the months of July and August (“the Sravana month” according to the Hindu Calendar).

There are many legends associated with this temple. A poor woodworker in Farukh Nagar had a girl who was very beautiful and a Mughal monarch wanted to tie the nuptial knot with her. The carpenter got afraid as he did not want his daughter to get married out of the cast so he went to the king of Bharatpur- King Surajmal for his help but the king refused to help. The carpenter then went to the prince of the Bharatpur, Surajmal’s son and the prince revolted against his father and attacked Delhi. While going to Delhi to fight the battle to save Hindu pride, he offered his prayer to Sheetla Mata and promised that he would construct a place of worship after his victory in this war. The prince kept his promise when he came back as the victorious one and the existing shrine was constructed for Sheetla Devi.

During the annual fair in the months of August, the Sheetla Devi Temple gets lakhs of devotees from the surrounding area as well as from the various areas of the country. During the “Chaitra” month according to the Hindu calendar, thousands of visitors gather in this temple. The “Chaitra” month is comprised of March and April months. The surrounding place of the Sheetla Devi Mandir looks similar to the Kumb-Mela which is held in different religious places of India such as Hardwar, Allahabad etc.

During all the Mondays of the Chaitra month, the pilgrims come to the pond located near the temple and offer their prayers. For shaving the heads (the “mundan” ceremony), thousands of Hindus come to this Temple Premise.

Sheetla Devi is worshipped to help the devotees prevent deadly disease of small pox. The idol of the Sheetla Devi holds a broom, water and a fan, which symbolizes that once a person prays Devi Sheetla with full devotion, it helps in keeping the germs away.

How to Reach Patiala

The nearest airport is Chandigarh Airport, around 2 hour drive from Patiala. It is well connected to all the major domestic airports. One can get a taxi or an auto to reach Patiala.

The nearest rail is Patiala Junction. The railhead is connected to major cities like Ambala, Amritsar, Barmer, Bathinda, Delhi, Haridwar and Kalka. One can hire taxi or an auto to reach the destination.

Patiala is 14 Kms from Kalwa, 24 Kms from Dittupur, 28 Kms from Kharorha, 50 Kms from Ambala, 63 Kms from Chandigarh, 96 Kms from Ludhiana, 156 Kms from Jalandhar and 177 Kms from Kapurthala. The state and private buses ply great service to and from Patiala.