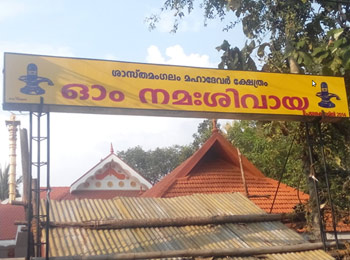 
The Shasthamangalam Mahadeva Temple is an ancient Hindu temple situated near Paipinmood Junction in the Shasthamangalam ward of Trivandrum Municipal Corporation, Kerala State, India. It is located on top of a hill, thus preserving the spiritual tranquillity of the shrine. The temple is more than seven hundred years old according to the available records, and was regularly visited by the Kings of Travancore. It is administered by the Travancore Devaswom Board. 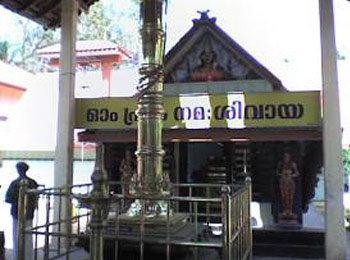 The temple is ideally located on a hillock. On the eastern side, a small river flows known as 'Killi'. Even though the temple is in the city area limits, calm and serene atmosphere prevails at this place.

In this temple the main deity is Lord Shiva. Outside the temple compound on the banks of Killi River, idols of Badrakali and Veerabhadran, Nagaraj and Nagayakshi are consecrated. Like the Chowallur Mahadeva Temple here too the seven divine mothers are worshipped in the form of idols made of Krishna sila. There is no idol or shrine for Parvathi Devi in this temple. 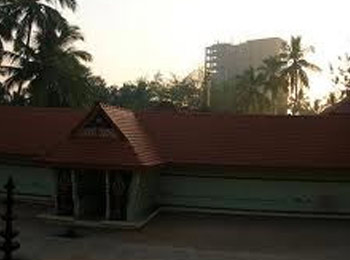 The origin of this temple resembles the story of some other famous temples. A woman who was cutting grass to feed her cows was sharpening her knife against a large piece of stone. She got frightened by seeing blood oozing out from the part of the rock where she applied the knife. This news was flashed and the local people gathered on the spot. On further examination it was convinced that the stone as a 'Shiva Lingam' and that was consecrated at that place and the temple was constructed.


The annual festival of this temple begins on Dhanu -Thiruvathira Star day, continues for ten days and finishes by Aarattu ceremony on the tenth day. 'Shivaratri' is also celebrated in a grand manner in this temple.


Offerings are made by devotees in the form of anointing (abishekam) the deity with water, rosewater, milk, tender coconut water, ghee and so on.


Buses are available to reach Shasthamangalam from Trivandrum.