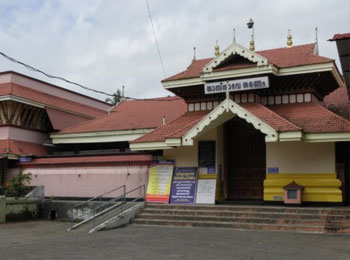 The Thuiruvullakkavu Sree Dharma Sastha Temple is dedicated to Lord Ayyappan. The temple is located in Cherpu of Thrissur district of Kerala. An captivating shrine in the middle of a thick forest, a gusher of benevolent spirit-that was the temple of Thiruvullakkavu, centuries back. It is believed that the temple of Thiruvullakkavu is as old as civilization. For centuries, it has fascinated devotees who performed austerities at this temple. But for a long time it stayed forgotten until Sastha manifested himself again. Even in the recent past the place remained a forest, till recently. Kavu was a subsidiary temple of Peruvanam. Vilwamamglam swamigal visited the temple of Peruvanam. He saw Siva holding Sastha in his right hand. Thus Kavu has another name, Thiruvullakkayyoor. The temple is famous for Navarathri festival and Vidyarambham. It is also considered to be a peaceful retreat for the distressed soul. 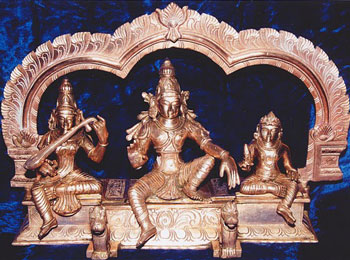 Lord Sasta is the divine Hunter who destroys the sinners and protects the righteous. He is a fiery deity who is the embodiment of protective love. At Thiruvullakkavu, he blesses the children with wisdom and knowlege. Thiruvullakkavu is considered to be the house of Knowledge.

Hindus worship goddess Saraswathi and Lord Dakshinamoorthi as the gods of knowledge, all arts, sciences and philosophy. But the people of Peruvanam worship Sastha as the god of wisdom. It is said that the forest where he hunts is dense. He destroys iniquities like atheism and laziness. Thus he is the guide who leads his children through the dangerous hills and dales of life to the lord of lords at Peruvanam. Firstly, he gives, the material pleasures to the point of satisfaction to prepare them for the blissful release and renunciation. So he gives them worldly happiness and in his transcendental omnipotence, he folds the devotees into his contended bosom. The people of Peruvanam have always felt the extraordinary effulgence of Thiruvullakkakvu.

In olden days, the hereditary administrators were Chittoor, Avanavu and Kuruvattavanavu Namboodiripads, who ruled the Peruvanam temple. All the families of the settlement had some power over it as the village had a loose democratic set up. The Uralian’s managed Thiruvullakkavu as it was a subsidiary temple. Temple was the nerve center in the material sense also, so its administration virtually meant the complete control of the whole region. Thus Maharaja of Cochin and the Zamorin Calicut who were aware of this, fought to become the overlord. The Maharaja of Cochin was able to keep the others away. The Namboodiris of Peruvanam lost all their powers, which led a big problem. They begged the Maharaja to give the Thiruvullakkavu temple where they could perform austerities, since the deity was their Paradevatha. Being the sole representative of the settlement, Chittoor Namboodiripad received the temple back from the Maharaja and became the hereditary administrator. The Namboodiris lived there and chanted Yajurveda. 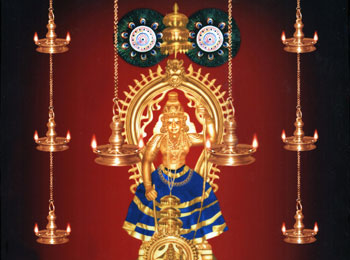 The deity here is Lord Sri Dharma Sastha, giving darshan in a standing posture with arch and bow. The moolaprathishta is Swayambhu with the lord himself manifesting with his wife Prabha and son Satyaka. 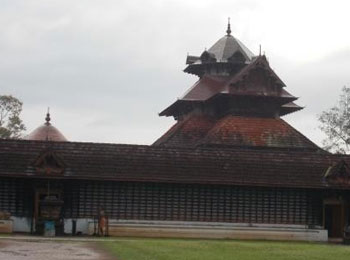 Navratri, and Vishupooram are the major festivals celebrated here. A continuous stream of devotees pours to this temple on Vijaya Dasami, the most propitious morning of the year for those who seek educational excellence.


The main offerings are kadali pazham, Thrimadhuram, Appam and Payasam.


You can reach this temple by travelling Thrissur - Irinjalakkuda route.