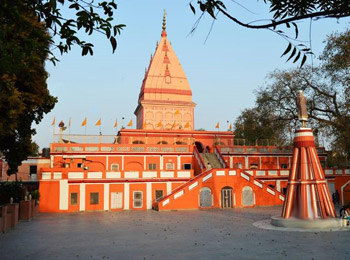 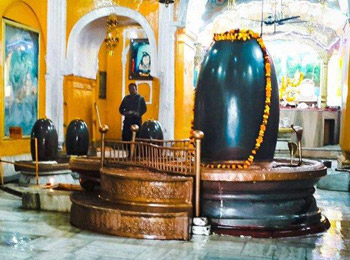 The temple is believed to be the biggest temple of Shiva. The temple is one of the main attractions of Jammu city. One of the salient features of the temple is that it is built on first floor and is situated at a tall height from the road surface. One has to take stairs to reach to the temple. The main attractions of the temple are the idol and Shiva lingam of Lord Shiva. The Shiva lingam is eight feet high and is made from a single black stone. It was built by the kings of Dogra dynasty. This Shiva lingam is the biggest in north India. There are 12 more Shiva lingams in the temple which are made of crystal. These Shiva lingams are 18 inches high and 12 inches wide. There is a slab inside the temple on the right and left side which has around 1.25 lakh Shiva lingams brought from Narmada River. There are also idols of Lord Ganesh, Karthikeya and Nandi in the temple. The idol of Nandi is made of brass and weighs around a tonne.


To experience the festivities of this temple, one can visit Ranbireswar Temple in January (Lohri or Makara Sankranti), March (Rama Navami) and October (Diwali). The festival of Maha Shiva-rathri is celebrated in a grand manner.


The ideal time to visit this region is from September to April.


The closest airport to the temple is at Jammu.


Jammu Tawi is the major railway station in Jammu.


Jammu is well connected with an extensive bus and taxi network.