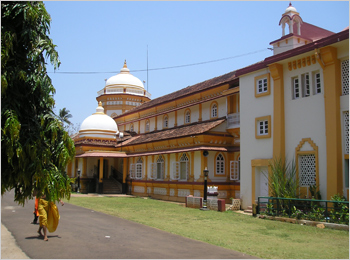 Ramnath Temple of Lord Shiva is located in Bandode village of Ponda District in Northern Goa, India. It is 22 kms from Goa's state capital city Panaji. An ancient anecdote says to atone his killing of Ravana, Lord Rama installed the Shivalingam here. The temple came to be known as Ramnath temple or Rameshwar temple.

The Ramnath temple was earlier located in a settlement area, Loutolim village of Salcette taluka, built by Gaud Saraswat Brahmins. In 1566, during Portuguese rule the idol of the deity Lord Ramnath was shifted to Bandode from its original place. Portuguese destroyed many such Hindu temples across Goa during their reign. Bandode village was under Bijapur Sultan's regime then.

Drawing its similarities from Mahalsa temple, the courtyard of Ramnath temple has a five-storied deepstambha or lamp pillar carved with images of Hindu deities on its base. This temple was renovated in 1905 and 1951.

After entering the main door of the temple, is Sabha Mantapa. The inner shrine houses an idol of Lord Ramnathi and has four smaller shrines for goddess Shantadurga, Shree Sidhnath, Lord Laxminarayan and Shree Betal. All the five shrines together are called Shri Ramnath Panchayatan. Maha Shivaratri is the main festival here.

Although the presiding deity is Lord Shiva, the Ramnath temple is the abode of other deities such as goddess Kamakshi, Lord LaxmiNarayan, Shri Sidhanath and Shri Santeri. 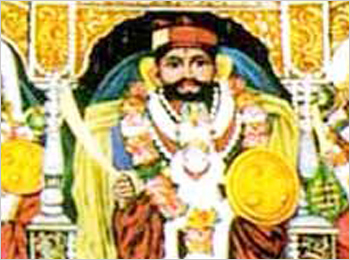 The annual festival and fair of the temple is celebrated with much devotion and grandeur with the traditional palakki / palanquin is taken around the temple carrying the idol of the deity.

The temple is 33 kms away from Panaji in Ponda Taluka.