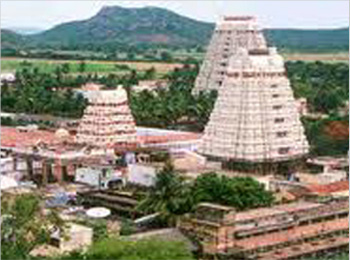 Thirthahalli is considered holy because it has been visited by great sage Parashurama, as per the Mythological story. On the banks of River Tunga there stands this legendary Rameshwara Swami temple dedicated to Lord Shiva. 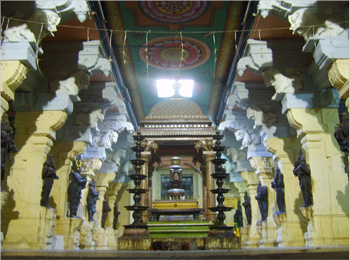 Standing on an elevated land, just besides the Tunga river bank, this temple is a major Mujrai temple of Thirthahalli Taluk. The temple houses a Shiva Linga that is said to be installed by Sage Parashurama himself. The linga in Rameshwara Temple of Thirthahalli is known as "Mood Linga". Outside the sanctum sanctum there are idols of Durga and Ganapathi. Ramatheertha, the holy spot where Sage Parashurama washed his Parashu (Axe) adorns adjacent to the temple on the River bank.

Over a period of time the temple came to be known as Sri Kodandarama Temple. Later it was taken over by the Mujrai Department. Ever since the temple was constructed, the descendants of Thimmappaiah have been worshipping in the temple and conduct other ceremonies. Sri Vittal Temple in the same premises was built by one Damarasa Pai, who was a minister during the rule of Ikkeri and Keladi Kings in the 15th Century. Since then the descendants of Damarasa Pai have been conducting Poojas and other ceremonies in the temple. At present, Sri Raghavendra Bhat and his brothers are performing rituals in the temple. 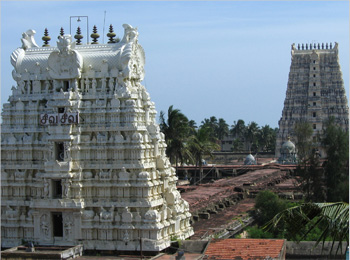 Festive season in the town witnesses great pomp and large visitors. On Padya, the first day of Pushya Masa, there is a car festival of Rameshwara where the idol of Sri Rameshwara is taken in a procession in a decorated chariot. On the second day of Pushya Masa, called as Bidige, Teppotsava is held for Sri Rameshwara in Tunga River. This event is marked as "Yellamavasye Jatra? (Yellu means sesame and Amavasya means New Moon day and Jatra means Procession) - a festive of three days that are considered auspicious and attended by thousands of devotees.

The nearest airport is at Mangalore

The nearest railhead is at Shimoga.

From Shimoga, one has to take the National Highway NH-13 (Thirthahalli road) to reach Thirthahalli.