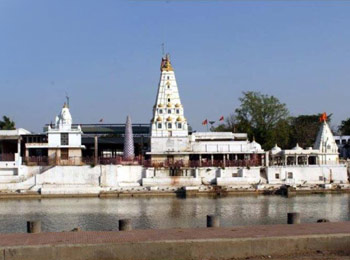 The temple resembles the Pashupatinath temple of Nepal country. The sacred place is located at the banks of river Shivna. In the temple, lord Shiva as Pashupatinath is placed installed. The major attraction of the sacred Shivalinga in the temple is that it has eight faces. Moreover, this shrine has total four doors which open to four different directions such as east, west, north and south. 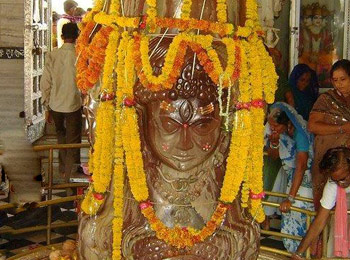 According to the Hindu mythology, the temple of Pashupatinath was constructed many centuries ago. Bhagwana Pashupatinath is the main deity in the temple. There are two major attraction of this temple one is that it has four doors which open to four different directions and second is that the Shivalinga in the temple has total eight faces. The temple constructed on Shivna River is about 90 feet long, 101 feet tall and 30 feet broad. Moreover, on the top of it there is one golden pitcher of 100 kg placed.

Mandsaur was known as Dashpur in the ancient times. It lies on the Tropic of Cancer and when the sun is in winter solstice, its rays are less potent and hence this place earned the name Mand Surya, which later became Mandsaur. This place has been mentioned in many ancient epics like the Mahabharata, Megdoot, Puranas, Kadambari and Bruhatsamhita. The history and heritage are mingled in its religion, art and literature. This place has also been referred to in the old Jain writings. Amleshwar inscription of the second century B.C. was among the earliest to mention this place. The temple has its deity made during the Gupta period. It is actually distinct, the only other comparison being the Pashupatinath deity in Nepal. What makes it all the more interesting is that both the idols were mentioned by Kalidasa in his works. Pashupati means ‘the lord of the beats’ and it is derived from the Sanskrit words, ‘pashu’ referring to animals and ‘pati’ meaning the protector. It is as the incarnation was considered among the eight Rudras, the one who holds the place of fire. It has been said that Lord Vishnu along with other gods had named Lord Shiva as Pashupati during the time of Tripura Samhar. Lord Shiva became the lord of all the demons and demolished Tripura, the three cities of illusion, which were being administered by the asuras Kamlaaksha, Taarakaaksha and Vidyunmaali. This three pashus were creating destruction by assaulting gods and sages. Shiv Purana states that any individual who is in the clutches of his own ego, ignorance and wants is an animal or pashu. And under such circumstances, only the Pashupati can provide relief to them.

Mahasivaratri festival is the most important festival that is observed in this temple. Thousands of pilgrims gather in the premises of this temple with utter devotion to pray and seek blessings of the Lord. It is celebrated with great zeal and people fast and offer pooja on this occasion. This festival is celebrated every year on the 13th night/14th day in the Krishna Paksha of the month of Maagha according to the Hindu calendar. The festival is principally distinguished by offerings of Bilva leaves to Lord Shiva, all day fasting and an all night long vigil. Kartik Ekadashi festival held annually at Fair Margashirsha is Krishna.On request from a devotee, there are provisions for organizing special poojas in the temple as well.

The daily rituals of Lord Pashupatinath are carried out by the priests. While some priests perform the daily ritual and can touch the lingam, the others serve as a helper and are not qualified to perform pooja rituals or to touch the deity.

Weather and Time to Visit

The climate condition in Mandsaur is changeable. It means, during winters temperature dropping down to 32 to 14 degree Celsius while in summers it rises to 34 to 44 degree Celsius. However, monsoon occurs especially in the month of July that offers good rainfall. So the best time to get there is from October to March.

Some of the nearest airports to Mandsaur town are Dabok airport only 148 km, Indore airport 188 km and Bhopal airport 279 km distance from Pashupatinath temple. Hence, form airport visitors or pilgrims can hire bus, cars and taxi to reach at the temple.

Pashupatinath Temple remains open on all days in a week.A pilgrim can visit this holy place from 6 A.M. to 8 P.M.