Kerala, as a state, came into existence on November 1, 1956. It then consisted of only 5 districts. The number of districts later increased to 14. Kasargod was the last district to be created. The districts are divided into Taluks which are subdivided into villages. At present there are 63 Taluks and 1452 villages. With total area of 4480 sq km, Palakkad is the largest district in Kerala, followed by Idukki with total area of 4479 sq km. Alappuzha with an area of 1414 sq. km, is the smallest and is the only district in Kerala without any area under forest cover.

In February 1990, the Government of Kerala passed an order changing the names of 6 districts and some other places. The old names from its pronunciation in English accent were changed to Malayalam. 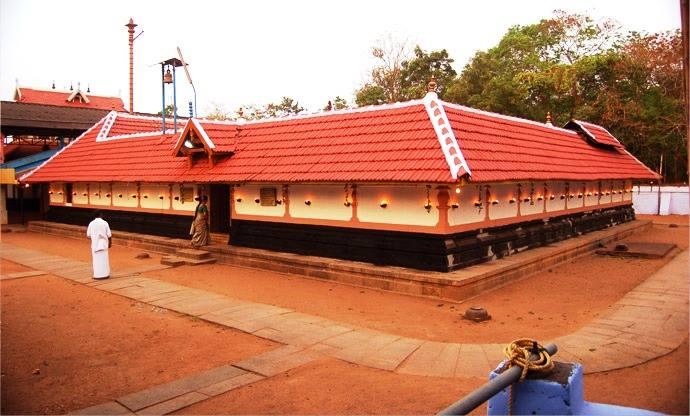 The almighty, Pallikkadi, parakkadi, kunnaikadi, and kodikkady named 4 goddesses together started from a place called Thiruvadi. The myth goes like, after a long journey, the godess Pallikkadi has settled down in a place called, Paruvassery in Kannabra, the goddess Kunnakkadi settled down in Thennilapuram, the goddess Kodikkadi has settled down in vadakkancheri. But the Goddess Parakkady, after resting in Chakyar kodoth, in kavassery, proceeded to a place where PARAYA community people have lived. It’s been believed that the goddess Parakkady has gone in to a home in that place, and told the people that, the goddess want to settle down there and the people should conduct poojas and festivals there. But the poor people replied to the goddess that, they were very poor people and they are not financially sound to conduct poojas and festivals. Its said that, by hearing that, The goddess gave a Kuzhal( a musical instrument like trumpet) and few other musical instruments and asked them to think of the goddess and go, thereby they will be able to get all the things what they required to conduct poojas and festivals. Then the goddess left the place after seeing the inhygienic surroundings and settled down in the place where the existing temple situates. It’s been believed that, one day, when the Goddess was walking in the dense forest, one Manthravadi was coming along the way who was going fishing. With the powerful RAKSHA which the manthravadi was wearing, he was able to concur the goddess and asked her to carry the fish carrier ( kooda) and walk with him. That manthravadi was believed to be Chathu ammaman of Kulangara house. One day, when the manthravadi was on his way to fishing, and lost his powerful raksha, Devi showed him the real power of her and killed Chathu ammaman, and cut him into 18.5 pieces and threw in to different places. Those places has been asked to raise the flag post before 7 days of mamangam which is been held in that place. The goddess also ordered that, in response to the activity of chathu ammaman, the ladies of Kulangara family should carry the goddess vigraham, and should come to all the 18.5 flag posts. That’s called OORVALAM. That activity has become the right of Kulangara family. There are many such myths regarding this temple, but the main fact is that, the Goddess is so powerful and her blessings have always brought the disciples all the goodness and the good things they have asked for. It’s believed that, In order to get Shaapa Moksha from the Goddess, the king of Palakkad, who has lived in Meledam, gave the paddy fields (of kalichira, moolichira, chembarahty ) and the nearby areas in the name of the Godess Parakkady for the poojas and other activities. After some time, the king gave the administration to thiruvadi Kodanath Nair Tharavadu. Then after it has been entrusted to mullakal village Pattali (Brahmin Family). When that administration ended, it’s been taken over by the Government of Kerala and put under the administration of Devasom board. In the olden days, the temple has almost 1000 acres of paddy field. When the land law was implemented, all the paddy field is were given to the common people. Now the daily activities are been carried on with the annuity amount received from the government of kerala, Devotees deposits, donation and Vazhipadu.


The temple is approached with prayers for the longevity of a husband.


Kerala has three domestic and international airports. The largest is the Kochi International Airport that connects several countries in the Middle East and South East Asia to God’s own country- Kerala. Thiruvananthapuram Airport comes next in the list. Well linked to most international and national routes, the airport is strategically placed in the capital and a preferred option for those who want complete access to the state’s transit services. Kozhikode International Airport is the city’s newest addition to its aviation network served by a few international flights. Carriers serving Kerala’s airports include Air India, Jet Airways, Kingfisher Airlines, Qatar Airways and Emirates.


Kerala is well-connected to all major cities of India through an efficient rail network. While there are frequent services from Tamil Nadu and Karnataka, distant metropolitans like Delhi and Mumbai have weekly services that provide direct access to various districts of the coastal state. These trains are usually crowded and advance reservations are highly recommended.


Buses operated by transport agencies of different states enable travelers to access Kerala with great ease. Karnataka State Road Traffic Corporation operates frequent buses that make the journey during the night. Similar services are available in Tamil Nadu as well. Volvo shuttles owned by private organizations are a step ahead as their services are divided in different categories depending upon the luxury and comfort offered.