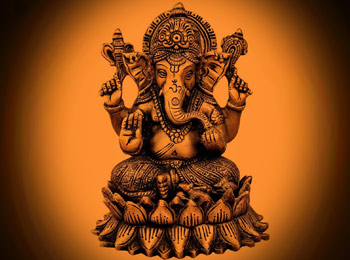 
This temple is situated at Panangadu, Ernakulum District 1 km South of Madhavana Junction on the Vyttila-Arur Bye Pass. The Swayambu idol of the temple is unique by itself, being a combination of Krishna Sila and Rudraksha Sila. The main deity is Lord Siva. The other deities are Naga Yakshi and Brahma Raakshas. The temple sports a big 'Nadapandal' and a tall glittering 'Kodimaram' (flag staff) which were constructed recently.


Legend has it that this temple has a long chequered history. The vast expanse of land between present Vaikom and North Paravur was called ‘Vendhanadu Graamam’ during the reign of Kulasekara Perumal of Kerala. There were ‘361 Namboothiri maams’ in the area and their conclave was called Vendanad Yoga.

The five representatives of the Yoga were considered the Leaders. Two Executives conducted the affairs of the Yoga and four Chieftains were responsible for maintaining the law and order of the place. There were also three Suzerins who looked after governance. These officials constituted the governing council and were responsible for the functioning of a Sanskrit Vidhyapeetam situated at Kumbaalam. A Namboothiri designated as Pattamayyangu kovil was appointed to look after the Vidhyapeetam. It is traditionally believed that this official was sworn in the premises of the Mahaganapathi Temple situated at Panangadu.

After propitiating Lord Ganesh of the Mahaganapathi Temple the induction was proclaimed by clapping of hands. To teach Vedas and Vedic Rituals one Prabhakar Gurukkal was appointed by Kulasekara Perumal. His residence was named ‘Battamana’ which was adjacent to the Ganapathi Temple. As a token of reverence his foot wear was kept for quite long. Later it was lost. Prabhakar Gurukkal was a great devotee of Lord Ganesh and started his day after offering prayers in the temple. ‘Vinayaga Chathurthi’ was a great occasion for the devotees. The 361 families participated in the ‘Chathurthi Oottu’ sponsored by the family of a senior Chieftain, the Chakanat Kaimal of Kumbaalam. But in the face of declining fortunes of the Chakanat family the ‘Chathurthi Oottu’ was given up. But today ‘Chathuthi Oottu’ is revived with more fervour and devotion by taking contribution from society at large without difference of caste, creed and religion.


The Maha Ganapathi Temple Mahothsavam coincides with Vinayaga Chathurthy and is slated in the month of Chingam. The Month of Ramayan is very auspicious and devotees queue up in large numbers to offer Ganapathi Homam in the morning and Bhagavathi seva in the evening. ‘Navrathri’ is also a special occasion. Many children are initiated to the learning of alphabets on ‘Vijayadasami’ day. In the month of December ‘Ganesha Sangeethotsavam’ is conducted. It is purely an aaradhana to the Lord by way of musical soirees. This lasts for nine days in the evenings and many an aspiring student of music celebrates his arrangettrram (debuts).


The nearest airport is in Kochi.


The nearest major railway station is Ernakulum Junction. There are regular trains from other major cities of the country to Ernakulum.


Panangadu is well connected by roadways.