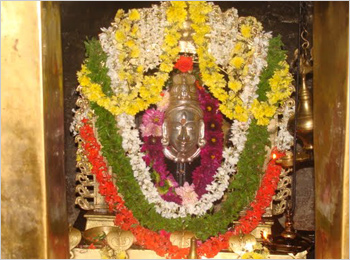 The Nellitheertha Somanatheshwara Cave Temple is the temple dedicated to God Shiva situated at Nellitheertha.Near the temple there is a natural cave about 200 metres (660 ft) long. Access is restricted, forcing visitors to crawl in on their knees. Inside, there is a lake and a Shiva Lingam. 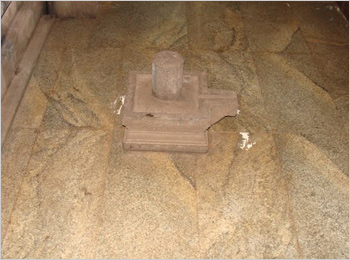 The "Arasule Mancha" or King's seat is arranged close to the fundamental passage of the sanctuary towards the north. Verifiable confirmation proposes that this seat was the place the ruler of the area used to be situated when he went to the sanctuary. It is believed even today that, the spirits of the previous rulers visits the spot during the evening thus it is disallowed to sit on the seat after sunset. The Nellitheertha sanctuary is an image of secularism. The sanctuary and cave is open in individuals from all convictions and ranks. Any individual, over the age of 5, is allowed to enter the cave irrespective of sex. Really, Nellitheertha is an uncommon and model spot. Another one of a kind highlight of this hole is that it is shut for about 6 months a year. The cavern is open just in the middle of two months these are October and April. Despite the fact that there are religious reasons connected with this (it is said that the cavern is open 6 months a year for people and is implied for Gods and Rishis the remaining 6 months), the fact is that the 6 month break every year helps the hollow to "restore". The water spruces up and the creatures inside appreciate the absence of aggravation. There are a lot of creatures inside the hole. The cavern houses snakes of all mixtures, scorpions, porcupines and immense number of bats. Upsetting or harming the creatures inside the cavern is entirely discouraged. 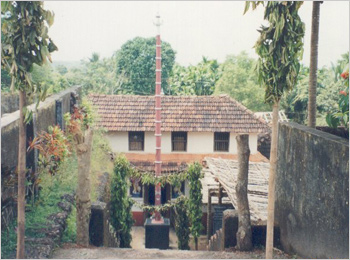 The Lingam of Shri Somanatheshwara has been made out of unadulterated Saligrama and is viewed as exceptionally holy. The Lingam has been fabricated as Ardhanareeshwara. There are different antiques in and around the temple which are pointers to the past eminence of this spot. Among them are the "Arasule Mancha" (King's seat), "Arasule Mantapa" (King's dwelling place) the "Jina Vigraha" (Jain Statue). The sanctuary of Shri Mahaganapati has been modified as of late and is surprising in itself. The most excellent part of the temple is the Cave. Aside from the hollow, obviously, there are various different spots encompassing it which are worth visiting. Toward the east of the temple's passage is the Amblattapadavu hillock. This hillock is around 300-500 feet high and offers a magnificent view from the top. One can identify places, for example, the Bajpe Airport, Mangalore, Panambur, the MRPL refinery and Suratkal. On a clear day with clear skies, one can even recognize the Arabian Sea. Amblattapadavu offers a radiant perspective of dawn and nightfall ordinary. 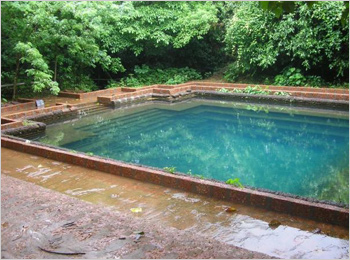 The history of temple goes back to 1487. The place Nellitheertha got its name from Nelli meaning Amla & Theertha Means Holy Water. Inside the cave , water was dripping in shape of gooseberries(amla) to form a lake & hence named as Nellitheertha. Once There was an Asura named Arunasura who figured out how to get the gift of Sage Jabali and got from him the consecrated Gayathri Mantra. He began abusing the force of this Mantra and started to annoy the world. Maharishi Jabali was not mindful of this as he was in meditation at the same time. Gaining from Narada Maharishi of Arunasura's outrages, Jabali concluded that he needed to set right a circumstance that he in a way helped to make. It is accepted that the cave in Nellitheertha was utilized by Sage Jabali to perform an atonement to please Goddess Durga Parameshwari. She showed up before Sage Jabali and guaranteed him that she would execute the evil spirit Arunasura. She later took the state of a wasp and executed Arunasura on the banks of the stream Nandini. At that place today is an excellent sanctuary of Goddess Durgaparameshwari and the spot is extremely extraordinary as Kateel. She additionally guaranteed Sage Jabali that Shiva, Vishnu and Durga herself would beauty that locale and that there would be sanctuaries each of them three in the region. One can discover a Vishnu sanctuary close Nellitheertha at a spot called Kompadavu. Goddess Durga is revered in a spot called Muchur, which very close Nellitheertha. Even, God Shiva made Nellitheertha his dwelling place. Nellitheertha Cave Temple goes back to no less than 1487 CE. It is devoted to Lord Shiva. To one side of the sanctuary there is a characteristic hole which is around 200 meters (660 ft) long. As there is no main door to the temple, the devotees are forced to creep in on their knees to peep inside the sanctum. A Shiva Lingam is placed inside the lake present there. The principle god of the temple is Sri Somanatheshwara (Shiva) & additionally has MahaGanapati (Elephant - headed God) and Jabali Maharshi as divinities here. If facts are to be believed, the Jabali Maharshi Brindavana was as of late built. In run of the mill Tulu-naadu (Tulu is the local dialect in this a piece of the forested areas) custom, the sanctuary additionally has its arrangement of "Bhootas". Bhootas are considered as the "Ganas" or warrior-helpmates of the Gods. As per mythology, bhootas are nominees of Shiva and they control the sanctuary/town. The principle bhootas of the Nellitheertha sanctuary are Pili-Chamundi (Pili implies Tiger in Tulu), Kshetrapala, Raktheshwari and Doomavathy. The "Nagappa Kere" (Snake Pond) is a little lake arranged toward the north of the sanctuary. This lake, with its religious criticalness, is additionally a scenic spot. All devotees who need to enter the cavern sanctuary need to clean themselves by scrubbing down in this lake and at exactly that point are they permitted into the hole. The lake is busy and is best immediately after the rainstorm (Oct—Dec) when its clear as can be water is a swimmer's pleasure. There are arrangements to manufacture a little home grown stop around this lake as additionally a little deer park.