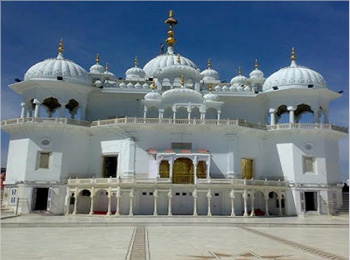 Naras devi temple of goddess Bhoomi or Mother Earth is located Baroha village in Bilaspur district of Himachal Pradesh, India. Himachal Pradesh is surrounded by Panjab to the west, Uttar Pradesh at South, Jammu & Kashmir at North and Uttaranchal to the east. In Hindi Himachal means the "home of snow". Shimla is the state capital with 55,673 sq. kms of land. Himachal Pradesh is one of the most famous tourist destinations in the world attributing to its magnificent scenic beauty. Large part of the state is mountainous region with vast mountain ranges, deeper valleys, plush water bodies and breath taking natural sceneries. The climate varies extremely from one place to another, where heavy rainfalls in some areas, other places don't have any rains. Snowing is very common sight in Himachal Pradesh as the region is at a very high altitude. There are 12 districts in the state which are further subdivided into blocks and towns and villages for administrative convenience. The state is known to be the second least corrupt state in the country. And it is also called as "the state of apples" as it is the hub for massive Apple producing region. 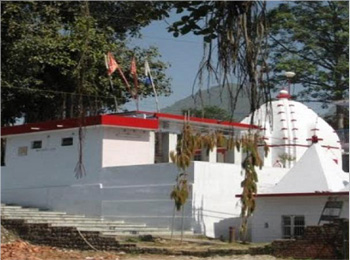 Naras Devi temple is situated on a hilltop at Baroha, which is 2 kms away from Naras village of Bilaspur district in Himachal Pradesh. The temple is more than 400 years old and is believed to have been constructed by King Kalyan Chand. He also established Sunhani as the capital of his kingdom. It is said that the king appointed a priest to bring 'Charnamrit' of the deity regularly. Naras Devi temple is dedicated to Goddess Durga, also known as Naras Maa. There are lot of legends about to the temple and its construction.

A priest who belongs to Koli caste states that there was a huge Summann tree earlier where Naras Maata's temple stands today. It is said that once a intense flash of light like an asteroid, appeared in the tree and later mata’s Pindi was found below the tree. The goddess appeared in the priest's ancestors dream and ordered him to build a temple where the Pindi was lying so that people can worship Her. This Pindi is still there in the temple. 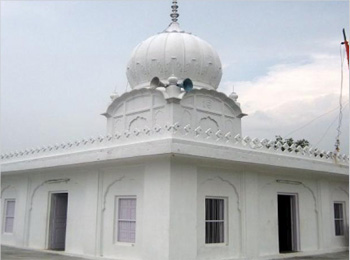 The main deity of the temple is Goddess Durga Naras Devi is also called as Naras Maa. 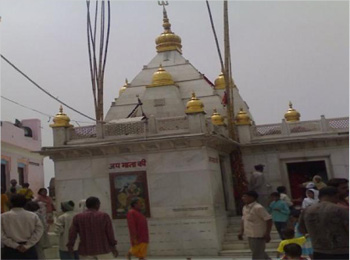 Another story is that once king Kalyan Chand was angry with the priest and asked him to show Mata Naras Devi in the physical form. Frightened with this demand, the priest prayed in the temple the entire night and requested Mata for protection from the king. When King Kalyan Chand came to the temple the next day morning, he saw in the place of Pindi had embodied goddess Durga Maa standing with her back to the king. As she was upset with the king. She had emerged in this form only to love her presence. The descendants of Chandel Rajpoots do not visit this temple as it is said that the anger of the goddess resulted in a war between Saket and Kehloor, during which the king of Kehloor died.

The best time to visit the place is during October and March.

The devotees are allowed to take Darshan for 30mins.

Devotees travelling by air can come to Bilaspur or good network of roads connect Bilaspur with the rest of the country. The district is easily approachable by road from the cities of Shimla and Chandigarh. One can easily get taxis as well as buses to and from the major cities in and around Himachal Pradesh. The nearest broad gauge railway station from Bilaspur will be the one at Kiratpur Sahib. Shimla, on the other hand, will form the nearest narrow gauge railway link.