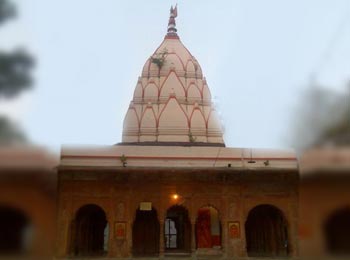 Nagvasuki Temple is a Hindu shrine located on the northern banks of river Ganga and lies to the north of the railway bridge at Daraganj in the city of Allahabad. The temple is dedicated to the Vasuki, the king of the serpents. It is believed that there was an ancient temple of Vasuki in this place during the 10 th century AD. The present temple structure is said to have been constructed by the Maratha King Shridhar Bhonsle during the 18th century. The temple is one among the finest medieval architectures of India. 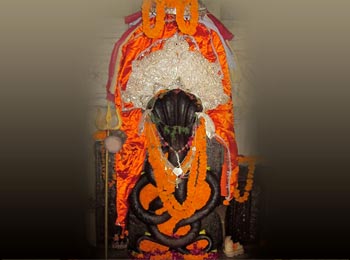 The temple stands quite different from others, since it is specially dedicated to Nag Vasuki (Nag Raj), who is considered the Lord of the Nagas. Lord Shiva himself have acknowledged Nag Vasuki as his most obedient and dedicated devotee. The presiding deity of this temple, the Nag Vasuki is said to be carrying the worldly burden on his shoulders. The temple also houses idols of other deities such as Ganesh, Parvati and a reclining statue of Bhishma Pitamahar. A separate shrine for Lord Shiva is also found on the temple premise.

A grand fair is organised every year on the occasion of Nag Panchami near the Nag Vasuki Temple in Allahabad at Uttar Pradesh.

How to Reach Allahabad

The Bamrauli airport at Allahabad is the nearest airport which is connected to cities such as Delhi, Kolkata and Lucknow. The nearby airports of Varanasi (120 km) or Lucknow (200 km) is a better option since these two airports have better air services. Delhi and Kolkata are the nearest international airports.

Allahabad is a major railway junction and is connected to most important cities all over India.

Allahabad has a good road network. Many national and state highways link this city with other major cities of the state. Public and private operators ply regular bus services to and from Allahabad.