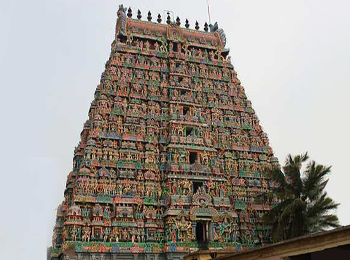 Kunrathur is located about 25 kilometres from Chennai. Kunrathur has an ancient temple for Lord Shiva which is over 800 years old. The main deity is Sri Naageswarar and Goddess Sri Kamakshi. 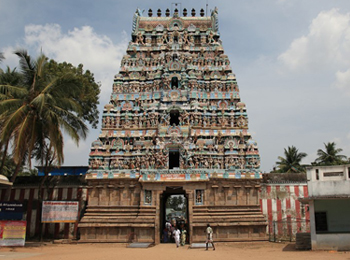 For relief from the adverse aspect of planets, the temple is considered the best religious destination. Mother Kamakshi on Her Lion Vahan graces from a separate shrine facing south. Rose water abishek is performed on Thai Fridays. A ten day Brahmmotsavam is celebrated with Chitra Poornima in April-May. On the eighth day, Lord grants darshan to His devotees when Nalvar the four poet saints, 1) Ganasambandar, 2) Tirunavukkarasar, 3) Sundarar and 4) Manickavasagar with Sekkizhar go in procession around the Lord. The wedding festival of Lord Shiva and Mother Parvathi is celebrated on Chitra Poornima day. During the festival, Lord comes in procession on snake vahan.

Sekkizhar graces from a separate shrine in standing form in prakara facing west worshipping the Lord with Chinmudra and holding palm leaves in hand. Special abishek is performed to the poet saint on all Poosa star days. Guru Puja is celebrated for 10 days in Vaikasi (May-June) with Poosa star day. There is also a separate temple nearby for Sekkizhar, where an 11 day Guru Puja is celebrated. On the fourth day of the festival, Sekkizhar visits Tirunageswaram temple. 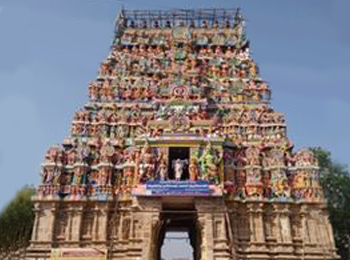 The main deity is Lord Shiva as Sri Naageswarar. His consort is Goddess Sri Kamakshi. 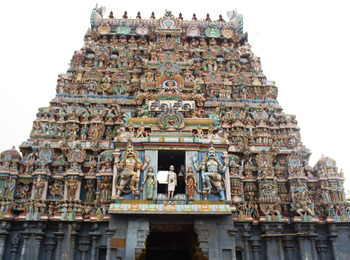 Sekkizhar belongs to the period of King Anabaya Chola. The poet has enriched the Saivite philosophy and the Tamil literature thereby through His Magnum Opus Peria Puranam speaking the greatness of 63 Nayanmars. After worshipping Lord Nageswarar, Sekkizhar desired to enjoy this darshan every day which was not possible due to the long distance from his place. He decided and built this temple following the same model and installed the Shiva Linga, named the Lord Nageswarar. The temple became famous as Vada Nageswaram – North Nageswaram. 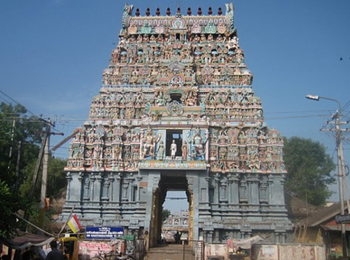 Lord Shiva-Nageswarar represents the attributes of planet Raghu. Milk abishek is performed to Lord at 6-30-10.00 a.m and at 5.00 p.m. Those afflicted by this dosha, participate in this ritual, also perform abishek during Raghu Kala time, offer Ulund dal and rice prepared with Ulund dal. The preparation is available in the temple itself.

Those afflicted with serpent planet adverse aspects and those facing problems due Ragu planet transition pray for relief. Devotees, realizing their wishes, perform special abishek and pujas to Lord.

Kundrathur (Tirunageswaram) is 12 km far from Chennai Tambaram and 8 km far from Pallavaram. The temple is very near the bus stand. Those coming from southern districts have to get down at Tambaram or Pallavaram and change buses. The closest railways are in Tambaram-Pallavaram, and the closest airport is in Chennai.