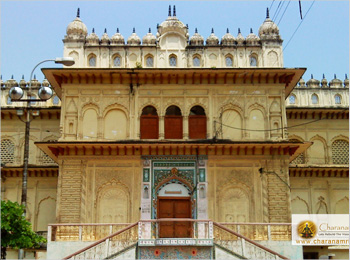 Ayodhya is an ancient city of India. It is believed to be the birthplace of Rama and setting of the epic Ramayana. It is adjacent to Faizabad city at the south end in the Indian state of Uttar Pradesh. Ayodhya used to be the capital of the ancient Kosala Kingdom. Owing to the belief as the birthplace of Rama, Ayodhya has been regarded as one of the seven most important pilgrimage sites (Saptapuri) for Hindus. Of the numerous temples in Ayodhya, which are integrally related to the rich culture of the Indians, Nageshwar Temple, Ayodhya, Uttar Pradesh is an important one. Established by Raja Hush, the younger son of Lord Rama and an important character of the epic Ramayana Nageshwar Temple throw enough light on the culture of Kreta Yug. 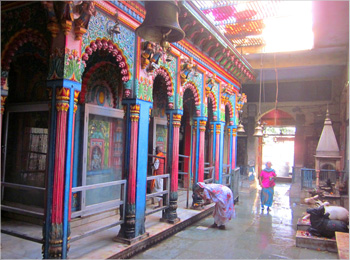 The temple of Nageshwarnath is one of the most frequented temples in Ayodhya. The temple stands tall amidst numerous 'Matths' and 'Akhadaras' that exist in the city of Ayodhya. On entering the temple there are two small temples along the gate and three big Nandishwar statues, a golden coloured statue of Ganesh facing the main temple of Shiva. Rendering Rudrabhisek here is very fruitful. The old Shivlingam got worn-out so it is covered now with a new one. On every Trayodashi of Krishna Paksha ( 13th day of new moon ), thousands of people come here from nearby places for abhishek. Most of the temples are open over night that day to provide the pilgrim's a convenient stay. 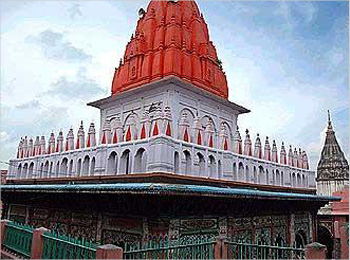 There is a very interesting story behind the establishment of this temple. It is said that Raja Kush lost his armlet, while bathing in the Saryu. He tried to find it but in vain. He became much depressed thinking it to be a bad omen. The armlet was actually picked up by a Nag-Kanya (Snake-damsel), who fell in love with him. She promptly returned the armlet and won the admiration of Raja Kush. It is claimed that as the Nag-Kanya was a devotee of Shiva, Kush erected this temple for her. The temple has historical essence as well. That is particularly because of the fact that Nageshwarnath has been the only temple to survive till the reign of Chandragupta Vikramaditya; the rest of city had fallen into ruins and was covered by dense forests. It is claimed that it was by means of this temple that Vikramaditya was able to locate Ayodhya and the sites of different shrines here. 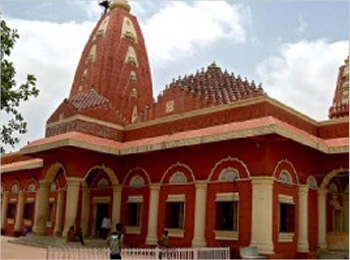 The festival of Shivaratri is celebrated here with great pomp and splendor.

Milk along with flowers and Bilvapatra is offered to Lord Shiva. 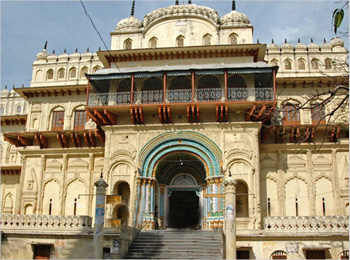 Anytime round the year, From Sunrise to Sunset.

Nearest working airport to Ayodhya is in Lucknow which is located about 130 km from the city. From there State buses and Private taxi services can be taken to reach the Ayodhya city.

Ayodhya railway station is directly connected via rail to all major stations of North, East and West India. Major cities like Kolkata, Jaipur, Delhi, and Lucknow are connected directly to Ayodhya via railway.

Within the state, Ayodhya is connected to all other major cities in UP with regular state government/ private buses running between various destinations and Ayodhya.