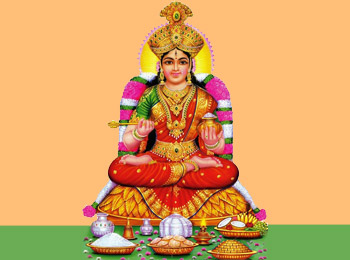 This west-facing temple is located about 1 1/2 km away from the Udaipur bus stand and has regular bus services operating in and out of it. A huge flight of stairs leads to this old temple, which is supported by decorated pillars. The garbagriha is vibrantly decorated and has a stone idol of the deity.

Annapoorna devi is the Hindu goddess of nutrition. She is an avatar (incarnation) of Parvati, the wife of Shiva. Worship of food and offering of food, is highly praised in Hinduism and hence Annapurna is regarded as a popular deity.