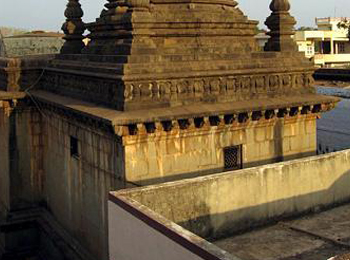 Shri Manik Prabhu Maharaj was a great saint and is believed to be the fourth incarnation of Lord Dattatreya. He was born in 1817 and attained Samadhi on 1865. The saint till this date commands a lot of devotees who have faith and trust in him.

Shri Manik Prabhu Maharaj’s contemporaries were Shri Sai Baba of Shirdi, Shri Gondavalekar Maharaj and Shri Akkalkot Swami Maharaj. They often met him and discussed matters of spiritual and intellectual wisdom. The ascetic is hailed as Haktakarya Kalpadruma. His name is also associated with the first war of Indian independence during the Sepoy Mutiny in 1857. The saint is renowned for his mystic powers through which he eradicated the pain and sufferings of many devotees who came to seek his blessings and advise. The saint stressed on the importance of following the path of Bhakti. Shri Manik Prabhu Maharaj has innumerable poetic contributions which are all dedicated to the Lord Brahma. The saint was given the title of Sakalamatacharya as all communities revered and respected him. Shri Manik Prabhu Maharaj founded a new school of thought which stressed on equality over all diversities of faith, persuasions and religion.

How To Reach Manik Prabhu Temple

The nearest airport is located in Hyderabad

On the intersection of Bidar-Bangalore state highway and Pune-Hyderabad NH 9, the taluk of Humnabad is situated .One can reach Humnabad by road through Pune (385 km), Hyderabad (160 km), Sholapur (143 km) or Gulbarga (65 km).