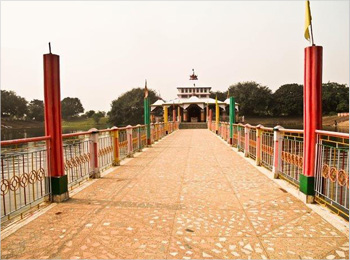 
Mandar Hill is far-famed for mythological background, which was used for the Sagar Manthan and also related to the (Jainism) salvation of 12th Teerthankar Vasupoojya Swami - Gyan, Tup and Moksha. 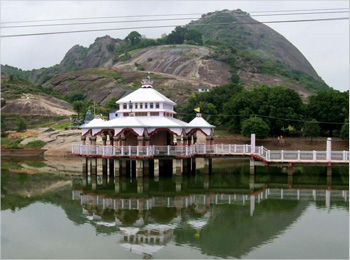 Another case of mythological or puranic story is the physical presence of Vishnu. These demons started harassing Brahma and other gods. Madhu was a magic wizard who even after getting his neck cut used to harass smaller gods. Lord Vishnu meditated to call a hill body called Mandar hill. After martially defeating Madhu the lord pressed his body with Mandar hill. Thus he became “Madhusudan” and Mandar hill near Baunsi because of a big conch (Sankh) in a tank on the geographical profile on top of the Mandar hill.


Makar Sankratri, Rath yatra, Janmastmi and Durga puja are main festive periods to enjoy the visit. But one can easily reach here preferably in winter season and enjoy the occult pilgrimage.

The closest airport is in Patna. There are regular trains from other major cities of the country to Banka. Banka does not have a bus stand but the nearest option is Saharsa.