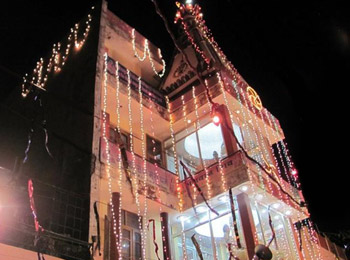 Maha Kali Mandir is located on the NH-1 near Majitha bypass on Jalandhar-Rajasansi airport road. This temple complex has the temples of Hindu gods such as Goddess Maha Kali, Lord Shri Ram, Goddess Maa Durga, Shri Radha Krishan, Sindoori Hanuman (Monkey God), Maa Sarawati, and Lakhsmi Narayan. The temple also has a large Statue of Hanuman on the top of temple. 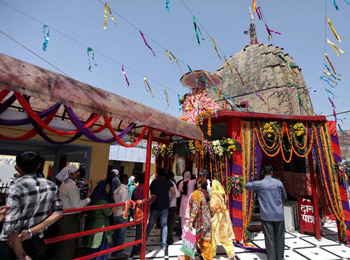