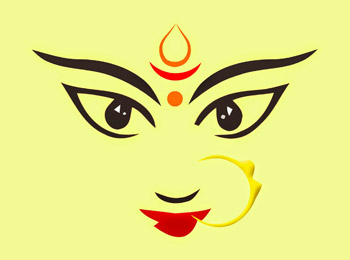 Maa Kali Temple is located in the Karnibagh locality of the town Deoghar. Karnibagh is also popularly called as Maa Kali Nagar which is named after the main deity of this temple. The temple is a famous Shaktipeeth where Goddess Durga is present in the form of Pindi. The temple came to the limelight with many locals instilling their outmost faith and belief on the Goddess.

The nearest airport is in Patna.

Deoghar Town has two railway stations, Baidyanathdham (BDME) and Deoghar (DGHR). Deoghar is linked to Dumka while Baidyanathdham is linked only to Jasidih, though several trains originate from here to cities like Ranchi, Varanasi and Asansol.

Deoghar is well connected to many major cities such as Ranchi, Patna, Calcutta, Bhagalpur, Munger by road.