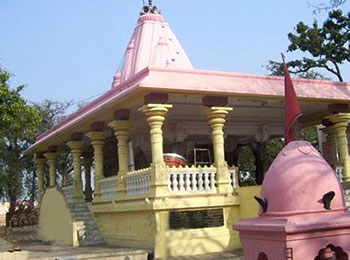 Avanti or Bhairav Parvat Shakti Peeth is among the 52 Shakti Peethas of Maa Sati. Maa Avanti Shkti Peetha is located near Ujjain in Madhya Pradesh, India. The temple is gorgeously situated on Bhairavparvat, at Bhairav hills on the banks of Shipra river a little distnce from Ujjaini town. Ujjain also known as Ujain, Ujjayini, Avanti, Avantikapuri and is an ancient city of Malwa region in central India, on the eastern bank of the Shipra or Kshipra River, today part of the state of Madhya Pradesh. It is the administrative centre of Ujjain District and Ujjain Division.

In ancient times the city was called Ujjayini. As mentioned in the Mahabharata epic, Ujjayini was the capital of the Avanti Kingdom, and has been the Prime Meridian for Hindu geographers since the 4th century BCE. Ujjain is one of the seven sacred cities “Sapta Puri” of the Hindus, and the Kumbh Mela a world famous religious festival is held here every 12 years. It is also home to Mahakaleshwar Jyotirlinga, one of the twelve Jyotirlinga Shrines to the Lord Shiva and is also the place where Lord Krishna came for education with Balarama and Sudhama from Maharshi Sandipani. 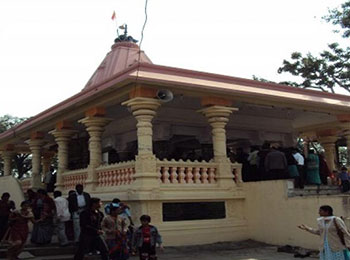 The structure of the temple is made with the use of unique colourful stones. The wall and roof for the temple is done with magnificent stones and gives a picture perfect view to the visitors. Prayers and other rituals are performed in the temple everyday.
As Such there are no records as to who and when the temple was constructed, but it probably dates back to 4th century BC, the time when Ujjain came to being by Avanti Kingdom. The Avanti Shakti Peeth draws its name from the Avanti Kings who ruled the region and was a holy place for the royal family. Avanti temple is mentioned in Mahabharata epic too. Devotees visiting this temple can find from local people about the temple and its origin. 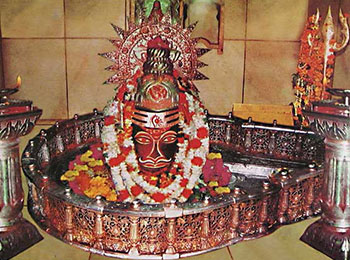 The holy place is dedicated to a divine power “Goddess Durga”, worshipped by a large number of Hindu devotees as “Maa Avanti or Avantika”. It is believed that Devi Sati’s ‘Upper Lip’ fell here. The lord Shiva is worshipped as ‘Lambakarna’. The idol of Devi Avanti is always adorned with a red sari as the colour red is considered sacred by married women in India. Alternatively, a legendary Siddha peetha of a divine power is worshipped as a superlative power of Durga Shakti “Avanti” by the millions of devotees from all over the country, who visit this prehistoric divine temple every year. 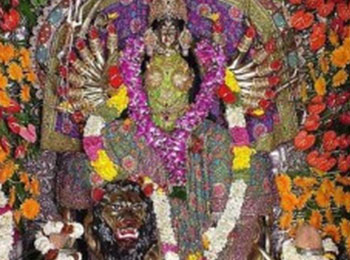 According to the history, Daksha Prajapati, father of Goddess Sati insulted Lord Shiva and Devi Sati by not inviting them to Daksha Yagna. Goddess Sati was advised not to go the Yagna uninvited by Lord Shiva which Devi Sati did not heed to and went to the Daksha Yagna. Her father insulted her and Lord Shiva which hurt Devi Sati so much that she sacrificed herself in the sacred fire of the Yagna. On hearing this, lord Shiva got angry and he started dancing in fury to destroy the universe. To prevent this, Lord Vishnu cut the body of Sati with his Chakra. It was placed in 52 different parts of the world. That is known as 51 Shakti peethas. In this temple goddess sati’s Upper Lip was placed and worshiped as Maa Avantika. 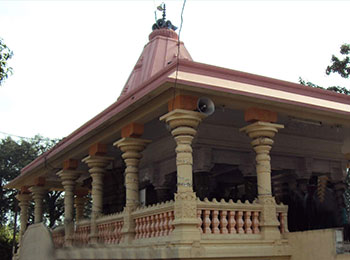 Ujjain is famous for many festivals and the Kumbh mela. Shri Avanti Devi temple is also part of the celebration that is carried on in Ujjain. Specific to this temple, Shivaratri and Navratri are celebrated with great devotion and enthusiasm.

People pray to the Goddess for fulfilment their wishes and to gain prosperity.

Indore is the nearest airport to Ujjain and it is 52 kms away.. There are couples of national flights that ply from the major cities of India to Indore.

The Nearest railway station is Ujjain itself.