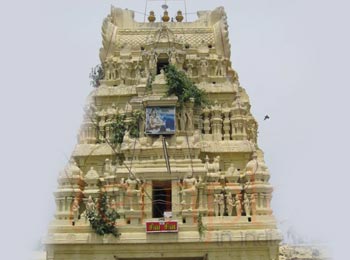 This temple houses an ancient tree, which was about 100 years old, called Sami Vruksham. This tree is said to have been damaged due to some natural calamity. Fortunately, a small tree of the same kind is growing beside the broken tree. An idol of Lord Ganesha was installed on the SamiVruksham. Thus this Ganesha later got to be popularly called the Vruksha Ganapathy.

The Airports of Thirupathi and Chennai are the nearest airports to the Chithoor district.