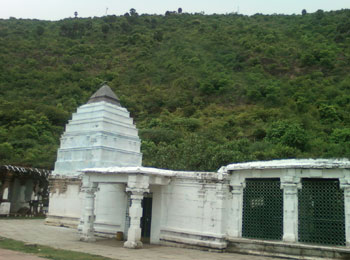 Dharapalem also known as Panchadarlais a tourist site in the Vishakapatnam in the state of Andhra Pradesh. The Panchdarla village is situated at a distance of about ten km from Yelamanchili and fifty km from Narsipatnam. The village derived it name from five springs of water coming from five fountains that get supplied from a natural perennial spring.

Kottilingam which means crores of Lingams is situated near the five fountains. There is a carved Lingam which has 12 rows where each row has 85 lingams. Two of the many inscriptions in the temple date back to the 14 century AD (1407 and 1428) and contain the genealogy of the Eastern Chalukya dyansty with the titles of Sarvalokasraya and Vishnu Vardana. Other popular temples include the Umadharmalingeswara Swamy temple, the Radha Madhava Swamy temple and the Kalyana Vinayaka temple (Dwimukhi Vinayaka).

Vishakapatnam airport is the nearest airport.