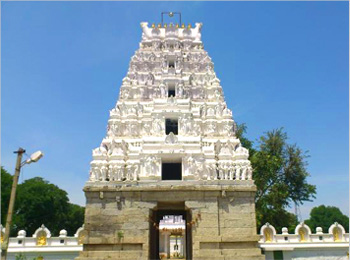 The Konetirayala Swamy Temple is dedicated to Lord Venkateswara. It is located in Keelapatla, Chittoor District, Andhra Pradesh, India 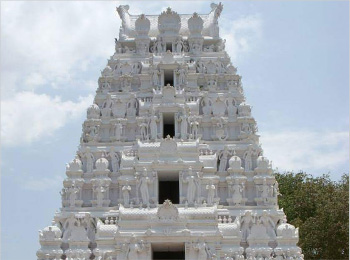 The temple is said to be as old as the Tirupathi Temple and the idol will look similar to the one at Tirumala. Temple is located in Keelapatla Village, Andhra Pradesh, 47 km from Chittoor, 55 km from Madanapalle, 7 km from Palamaner. Keelapatla is in forest area with fertile lands,full of bamboo bushes and honey. History says that this temple was constructed by the Regents of Pallava Kings in the 9th and 10th centuries. This temple in Thondu Mandal speaks of the styles of Pallava and Chola culture. Here in the Village of Keelapatla, Lord Venkateshwara is called as Konetirayadu. Lord Tirumalavasa (Venkateshwara) in Keelapatla village is very handsome. The Lord is Kalpatharu (A heavenly tree that gives boon), Chintamani (A celestral power) and Kaamadhenu (the heavenly cow that gives all). According to legend, Lord Venkateshwara at first placed his foot here at Keelapatla and then reached Tirumala. In the sanctum of the temple, Koneti Rayadu like Tirumala Devar, is standing with his “Kati Varada Hastas”, natural “Sankhu Chakras” and with the impressions of Sridevi and Bhoodevi, on the chest. It makes a person think whether this Konetiraya is a duplicate of Thirumala Deva, who has come down to this village. Huge Jaya Vijayas (watchmen at the gate of the Lord’s Place), an ancient Chennakesava idol with his two wives, five Alwars, Bhoovaraha Moorthy, Garudalwar, Anjaneya Swamy Statues, all can be seen in the temple and they speak the ancient glory of this place. 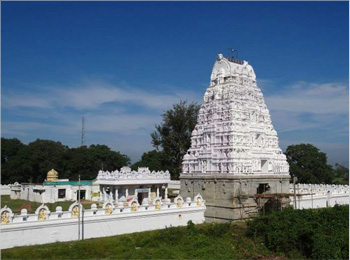 Lord Venkateswara is referred to as Konetirayudu. He is the primary presiding deity of the Temple. The Deity is believed to be Kalpatharu (A heavenly tree that gives boon), Chintamani (A celestral power) and Kamadhenu (the heavenly cow that gives all). In the sanctum of the temple, Konetirayadu like in Tirumala, is in standing posture with his "Kati Varada Hastas", natural "Sankhu Chakras" and with the impressions of Sridevi and Bhudevi, on the chest. Huge Jaya-Vijayas (watchmen at the gate of the Lord's Place), an ancient Chennakesava idol with his two wives, five Alwars, Bhoovaraha Moorthy, Garudalwar, Anjaneya Swamy statues, all can be seen in the temple. 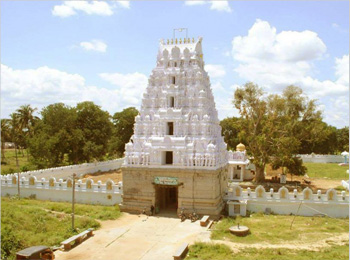 When Saint brughu came to earth after kicking on the lord vishnu’s chest and forgiveness by lord about saint’s sin Saint Kashyapa advised him to establish the lord idols in 7 different place which shows the features of lord venkateshwara swamy. So he established (prathista) lord in 7 different place i.e., dwaraka tirupathi(near vijayawada),kalyana venkateshwara swamy (srinivasa mangaapuram) keelapatla (near palamaneru), diguva tirupathi(near mulbaagal, karnataka), etc.., but all these places are hidden by the saint with his magical powers that only the devotees can view. Because there is no existence of lord venkateshwara to the tirumala. that means All these temples are established before the arrival of Lord venkateshwara to the earth. After lord’s arrival Brughu came to the existence with agasthya maharshi and the he removed his powers and the common people came to know about these idols(vigraham) under the tree’s. After that the kings came forward to build devasthanams (temples) to the lord venkateshwara swamy of brughu establishments. History says that Sathavahans, Pallavas, Renuti Cholas, Rastrakootas Banus, Chalukyas, Pandyas, Yadava Kings, Vijayanagar Emperors, Matli Kings, Moghul Kings, Arcot Nawabs, Tippu Sultan, Britishers and Palegars ruled over this area.

In the 15th century, the poet Thallapaka Annamacharya praised in his lyrics, Lord Venkateshwara with different names. One lyric begins with the word “Konetirayadu”. This is the famous Annamayya lyric “Podagantimayya mimmu Purushothama, Nedayakuvayya Mammu Koneti Rayadaa.” After having the darshan of Lord Koneti Rayala Swamy, the devotees proceed to Tirumala; there is a footpath through this forest area. On the Way to Tirumala, there are resting places that give relaxation to the pilgrims. Some devotees still walk through this foot path these days. Forest, hills, rivers also become friendly to the pilgrims and they make their journey without worrying about the risks. Man can achieve anything by having self confidence and belief in the Lord. For good deeds, the Lord will extend his co-operation to the devotees. God says “I am not in the hearts of Yogis, not in Vaikuntam, not in Ravimandal, but i will be there where I hear the voice of Govinda! Govinda! These words were said to the saint, Narada by the Lord himself, according to Hindu mythology. The following phrases describe this. 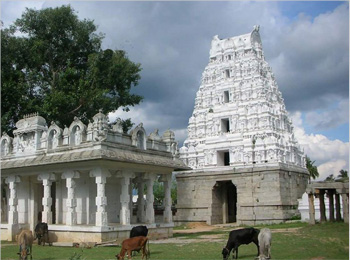 There are no regular flights from other major cities of the country to Palamaner. Nearest airport is Tirupati.

Palamaner does not have a railway station. Nearest option is Gudiyattam.

One can easily get regular buses to Palamaner from other major cities of the country.