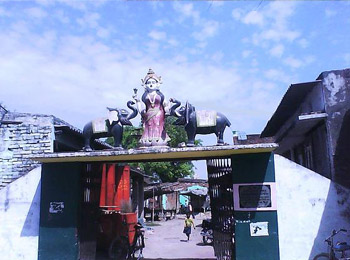 Kapileshwara Temple is situated in Kakraul village of Madhubani District, Bihar, India. It has a mythological significance. This temple is mentioned in several religious works and finds its roots in the Treta Yuga of Ramayana, when Sage Kapil came here to pay homage to his father, Sage Kardam. When he reached here, he sensed that this place has the presence of a self-evolved Shiva lingam. Sage Kapil successfully detected this Shiva lingam, worshipped it and named it after his name- Kapileshwara Nath. Mithila Varnana chapter of Sankhya Shasthra, which was written by Sage Kapil, explains that he himself awakened this Shiva lingam. 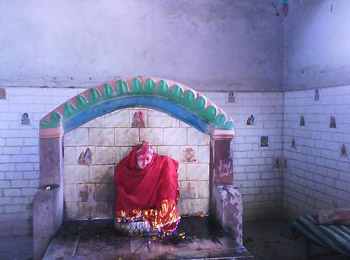 The sanctum sanctorum of the temple consists of this divine honey coloured Shiva lingam. It is placed on a black rock and the base is in white colour and octagonal in shape. Earlier it was an octagonal shaped temple. But it was badly damaged during the earthquake of 1934 AD. After that Darbanga Maharaja rebuilt the structure but octagonal form was lost.

The temple compound has two shrines of Goddess Parvathi. The west directional Goddess Parvathi temple was built by Darbanga Maharaja in 1937 along with the main temple and is situated at a distance of 100 ft from it. It has a white marble 2.5 ft high idol of the Goddess. To the west of the sanctum sanctorum, a small temple of Lord Vishnu has four black stone idols of Vishnu, Ganesh, Nandi and Brahma. A foot sign of Lord Vishnu is also carved in the black rock.

There is an important small temple of Batuk Bhairava to the north-western side of the main temple. There is a pond at a distance of 300 ft to the north-west of the temple. It is believed that Sage Kardama used water from this pond during his meditation. It was a small pond at that time and was created by Lord Varun.

Mahashivarahtri sees a Shiva baraat (procession), while, Narak Nivarana Chaturdasi during the Krishna Paksha of Magha month of the Hindu calendar, sees people fasting to escape hell after death. In the Shravani Mela, devotees come and offer water of the Ganga to the deity.

The first offering here is of curd rice, fruits, sugar and sweets. The temple also has a custom of offering 56 different edible items to Lord Shiva every month twice on the occasion of Poornima and Sankranthi of the Hindu calendar. It also has a unique tradition of offering khichdi bhoga (a dish prepared with rice and cereals) on Makar Sankranthi.

It is believed that all sins vanish after taking bath in the temple pond. It has a great significance for people who suffer different types of problems related to childbirth.

Patna airport is the closest airport.

Darbanga Junction is the nearest railhead.

Madhubani is well connected to nearby cities via road.