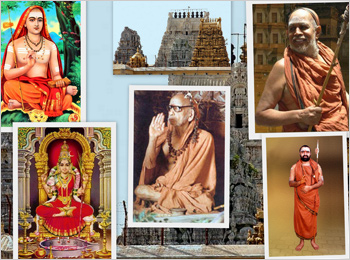 Kanchi Kamakoti Peetam, in Kanchipuram, Tamil Nadu, an ancient peetam and one of five founded by the great Kanchi seer Sri Adi Shankracharya himself, dates back to 482BC and is today widely recognized as the apex spiritual authority in the Sanatana Dharma way. Adi Shankracharya himself headed this peetam during his lifetime and perpetuated the holy lineage that today gives us our most revered saints: our Shankracharyas. This peetam, the greatest repository of the Adivaita theory, is currently headed by the 69th and 70th anointed peetam heads, Sri Jayandrasaraswathi and Sri Vijayendrasaraswathi 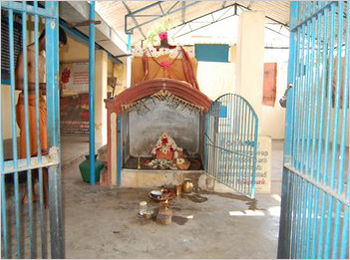 The Kamakshi Temple, the place of worship that has been associated with the peetam and the Kanchi order, is dedicated to Kamakshi, one of goddess Parvati's many divine forms. The Meenakshi Temple in Madurai, the Akilandeswari Temple in Thiruvanaikaval near Tiruchirappalli and this Kamakshi Temple are the important centers of worship of Parvati as the mother goddess in Tamil Nadu. The temple is believed to have been built by the Pallava kings, whose capital was Kanchipuram, around 6 C.E

The main deity, Kamakshi, is seated in a majestic Padmasana, a yogic posture signifying peace and prosperity, instead of the traditional standing pose. The goddess holds a sugarcane bow and bunch of flowers in two of her lower arms and holds a pasha (lasso), an ankusha (goad) in the other two, her upper arms. A parrot sits perched near the flowers. Interestingly the city of Kanchipuram, “The city of a thousand temples” does not have another temple dedicated to Kamakshi, not even one. There are many stories behind this oddity. One, as it is in Kamakshivilasa, says that the goddess had to consolidate all the energy from all her forms to offer a boon to Kama, leaving no other form standing in the vicinity. Another explanation goes something like this: Since here, the goddess sits in the Raja Rajeshweri form that offers her a full view and so full control over the land that falls within her scope, there is no need for another form to be in existence. 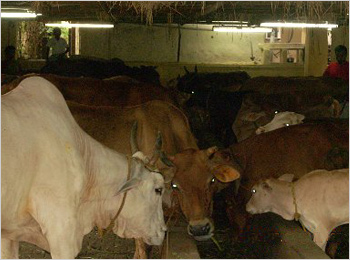 The original Kamakshi Devi Temple is now known as Adi Peeteswari or the Adi Peeta Parameswari. This temple is just adjacent to the Kumarakottam, and is near to the Kamakshi Devi temple. Adi Shankracharya established the Sri Chakra at this original Kamakshi Devi Temple in the trough-like structure inside the shrine. This Sri Chakra is a significant aspect of the much revered Kamakoti Peeta. The Acharya's Lalitha Trishati Bhashya refers to the Kamakoti Peetam's Sri Chakra. A local and famous legend has it that, here, in Kanchi, Kamakshi originally was an Ugraa swaroopini till Adi Shankracharya prayed to transform her into her current state of 'shantam', making her Shanta Swaroopini. In fact it is said that during Adi Sankracharya's time the Devi's ugram was felt even outside the temple area.

Spread over 5 acres, the Kanchi Kamakshi temple has four entrances, with the main entrance housing a Kalabhairavar on the left and a Mahishasura Mardini deity on the right. A massive Dhwajasthamba stands in the center. A Vinayaga idol comes up first, as one moves in a straight line towards the Kamakshi idol. The temple is adorned by a golden Gopuram that sits right above the sanctorum of the Goddess.

Four worship services are offered each day. The annual festival falls in spring, in the Tamil month of Masi, which runs from mid-March to mid-April. During this time the chariot festival (Ther) and float festival, (Theppam) are held. Other festivals include Navaratri, Aadi and Aippasi Pooram, Sankara Jayanthi and Vasanta Utsavam in the Tamil month of Vaikasi. All Fridays are considered sacred, though the Fridays in the Tamil months of Adi (mid-July to mid-August) and Thai (mid-January to mid-February) are celebrated.

Festivals At Kamakoti Peetam (The Mutt)