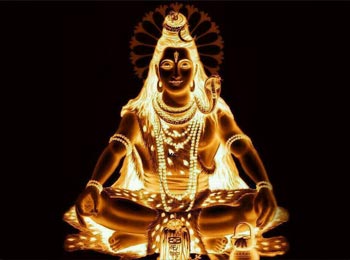 Jogeswar Siva Temple is situated in the Jogisarda village, very near to the Loisingha Police station and is four miles away from Loisingha. Jogeswar Siva is quite popular among people from the districts of Balangir and Sambalpur. Devotees throng the temple in large numbers to practice penance by fasting days together and lying prostrate on the temple floor, with the hope of getting boons. The temple was built by former Zamidars (landlords) of Loisingha.

As the name suggests, the Jogeswar shiva temple is primarily dedicated to Lord Shiva. The temple was renovated with the funds donated by Music Baron Gulshan Kumar in the year 1993. His donations were utilized to fix marble tiles and erect a “Jugal Murti” of Shiba Parbati cut out of a single stone featuring as a special spiritual gift and placed in the sanctum. A temple devoted to Lord Sri Ram is situated downhill alongside a water dam. The temple complex has beautiful gardens within it and a huge 40-ft Hanuman statue that are the added attractions of thee place. Despite the temple being a relatively new one, the shiva linga found here is quite old, dating back to the 6th century. The shrine is quiet popular among the local inhabitants who come here to observe strict fast, in order to seek the blessings of the Lord.

The nearest airport is located at Raipur Airport from where taxis can be hired to reach the temple.

Regular trains are available to Balangir from many prominent cities of the country.

Regular buses services are available from major towns and cities of the Odisha to Balangir.