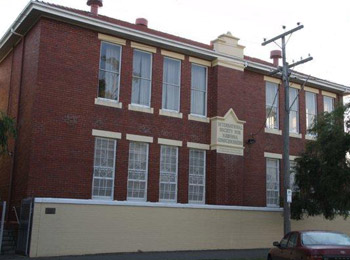 
The International Society for Krishna Consciousness (ISKCON) was founded in New York in 1966 by His Divine Grace A.C Bhaktivedanta Swami Prabhupada and is commonly referred to the world over as the “Hare Krishnas”. One of the important activities of ISKCON throughout the world is to establish temples where devotees of Lord Krishna can assemble to practise bhakti yoga, the science of devotional service to the Lord.


During the 1970s, Srila Prabhupada regularly visited ISKCON Melbourne to deliver lectures and inspire his many followers who would eagerly await his arrival. On very special occasions he came to install the Deity forms of Lord Krishna so that his devoted students could learn to worship the Lord in His archa-vigraha (Deity form). In 1973, when the temple was still located in Burnett Street, St Kilda (our first location), Srila Prabhupada installed Melbourne’s presiding Deities, Sri Sri Radha Ballabha.


The Melbourne Airport (Tullamarine) is a modern, well maintained international airport and is well connected to all major cities of the world and many domestic destinations in Australia as well. Melbourne is well-connected by rail to most other Australian cities. Countrylink links Melbourne to Sydney and the Overland links it to Adelaide and Perth. Buses/coaches are also available for inter-state and regional travel in Melbourne.