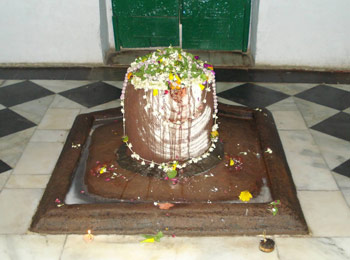 Gautameshwar Mahadev Temple is situated at D-37/33, Kashi Naresh Shivala, Varanasi, Uttar Pradesh, at about 4 kms from Cantonment railroad station. This Shivling should have been introduced by Saint Gautam, consequently the name Gautameshwar Mahadev. As per legends, there was extreme question in regards to worship of this god and matter was alluded to the then Kashi Raja, who after extended legitimate cases, obtained the whole region and developed the sanctuary. Subsequently, this sanctuary is known as Kashi Naresh Shivala.

It is believed that whoever venerates here will get all the happiness and will attain Moksha.

How To Reach Varanasi

Varanasi airport is well linked with all the major cities of the country.

Since Varanasi lies in the centre of the North Indian plains, it is well linked to Delhi, Kolkata, Mumbai and other parts of India. There are two railway stations in Varanasi, the Kashi Junction and the Varanasi Junction (also known as Varanasi Cantonment). Rajdhani Express from Delhi or from Calcutta passes through Varanasi too. One can also catch trains from Mughalsarai, just 10 km south of Varanasi.

Situated in the flat Ganga plains, Varanasi has a good network of roads. Frequent public and private buses and road transport to all the major towns of Uttar Pradesh and nearby areas.