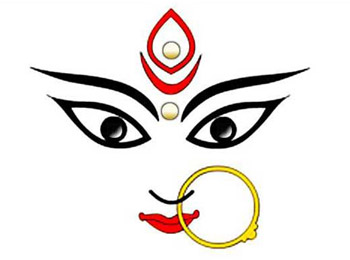 Garmata Devi Temple of Salekasa is one of the popular tourist places in the Gondia district of Maharashtra. It is 26 km away from Gondia. Raipur and Nagpur are approcimately140 km from here. The temple is built on a hill surrounded by dense forest. The greenery surrounding the temple increases the spiritual value of this place. The main deity of the temple is Garmata Devi who is a form of Goddess Shakti. The statue of the deity is two and a half feet high. Devi Garmata is seated on a lion. She fulfills one’s dreams and wishes for a successful life. It is believed that lions visit the temple every night. During Navratri, special poojas are performed to the presiding goddess. Other cultural events and activities are organized too, in association with the local people and the temple trust.

It is said that many years ago, Salekasa was a village of only 20-25 huts. The local cow-boys usually grazed their cattle in the nearby hills. The Cowboys sometimes happened to see an extraordinary lady draped in a red saree who disappeared instantly. After a few days, people found a divine statue of a Goddess on the hills. She was named "Garmata Devi" by natives. The statue was found on "Garh" (hill), thus the temple got its name.

The nearest airport to Salekasa is the Raipur Airport.

Salekasa is well connected to other major cities of the country via regular train services.

One can hire taxis or buses,( government as well as private buses) from Gondia City to reach Salekasa.