The Thiruvooral Mahadevar Temple is situated in Thakkolam, a panchayat town in Vellore district, Tamil Nadu, India. The temple is one of the 275 Thevara Padal Petra Sthalams. The temple is praised by the Saivite Saints, known as nalwars, highly devoted to Lord Shiva, in the Thevaram hymns of Gnanasambandar, Tirunavukkarasar and Sundarar. This is the 12th temple of Lord Shiva in Thondai Mandalam region extoled in Thevaram hymns. 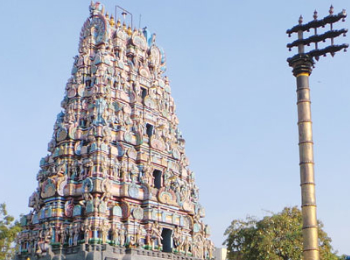 The temple is said to be at least 2000 years old. It is located on the banks of River Kallaru. It is facing west with a 3 tier Rajagopuram and two prakaras. The shrine of Lord Chalanatheeswarar is facing the eastern direction and Ambal the north. Vijayanagara king, Veera Prataba Sadasiva Maharayar is said to have built the Rajagopuram in the year 1543. The other shrines found in the temple are Lords Nataraja, Aiyappan and Navagraha in the Mahamandapa. In the first prakara the sannidhis of Dakshinamurthy, Panchalingams, Lord Muruga with His spouses Valli and Deivanai, Mother Mahalakshmi, Chandikeswarar, Bhairavar, Lord Vishnu, Surya, Chandra, Saptha Madhas are found. Mother Amman, Lord Shakti Vinayaka, Kulam, Nandhi and the Bali peeta are in the second prakara. The Sthala theertams are Parvathi Satya Ganga Theertham and Kuchasthalai River. The sthala vriksham (sacred tree f this place) is Thakkolam. This placed is referred as Thiruvooral in Thevaram. This ancient temple looks very beautiful. Thakkolam Jalanadeeswarar stala, which is called Thiruvooral, is the twelfth of the thirty-two Siva sthalas in Thondai Valanadu. 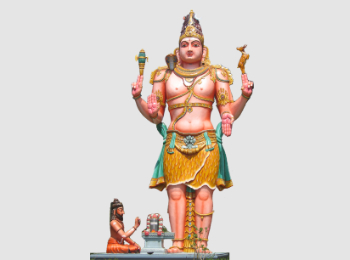 The deity gracing the temple is known as Thiruvooral Mahadevar . He is also addressed as Jalanatheeswarar . The Lingam is self created (Swayambu lingam). The ambal accompanying Thiruvooral Mahadevar/ Jalanatheswarar is Goddess Girija Kannikamba. Mother Shakti is said to be powerful. She gives darshan to the devotees in standing form facing north. First puja is dedicated to Mother followed by Lord Shiva. It is said that when the region of Thakollam was inundated with flood waters, Mother Parvathi embraced the Linga in order to protect it. This is still evident from the hollow seen on the idol. In spite of this, the flood waters eroded the bottom section of the Linga leaving which is still evident by the marks left on the Linga. It is even today believed that Mother Parvathi is still embracing the Linga. Hence pujas are performed by the priests without touching it. This is a very unique feature of this temple. The Shiva Linga is significantly different here. During the period of Utharayana Punya Kala from January-February to June-July, for around six months the Shivalinga appears red when crops are fertile due to good rain. During the Dakshinayana Punya Kala from July-August to December-January, the Linga turns white when it will be dry period. Every sculpture in the temple is an outstanding example of Tamil Sculpture. 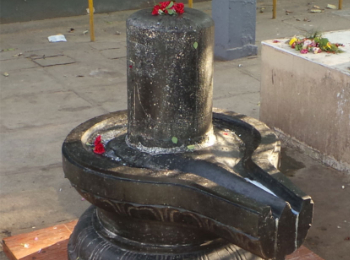 Sage Udhadhi the brother of Jupiter (Guru) and Mamata had a son Sri Theerkadar. Sri Theerkadhar happened to see the divine cow Kamadenu near his hermitage one day. He requested the cow to be with him so that it could be of help while he conducted yajnas. Kamadenu said that it was not in a position to oblige him as it belonged to Lord Indra, the king of gods. The sage cursed the cow to lose its super powers become an ordinary living being. The cow in turn cursed the sage to loose his current position of a highly respecte sage and be engaged in menial jobs. Whe Sage Udhathi came to here about this he became sad and could not bear toto see his son doing menial jobs. He came to Thakkolam as advised by Maharshi Naradha and worshipped the Lord. Lord Shiva advised Sage Udhathi to perform penance on Nandhi and perform abisheam to him with the water flowing from Nandhi’s mouth. The sage got his son Theerkadar relieved from the curse. The holy cow, Kamadenu too worshipped here by pouring the milk on the Lord and got back its original form and power.

following Chitra Poornima day in April-May,the 10 days Brahmmotsavam is grandly celebrated. Navarathri during the tamil month of Puratasi (September-October), Skanda Sashti in the tamil month of Eyepasi (October-November), Vaikasi Visakam in May-June, Aani Tirumanjanam in the tamil month of Aani ( June-July), Aadi Pooram in July-August, Margazhi Tiruvadhirai in December-January, Masi Makam in February-March, Thai Poosam in January-February and Tirukarthikai in November-December are the festivals celebrated in the temple.

Daksha, known as Thakkan is said to have cried loudly for the punishment he underwent for conducting a yajna in an unconventional manner . (Thakkans Olam – crying loudly) The sacred tree (sthala vriksham) of the place is Thakkolam, hence the place also is named Thakkolam. The place is also known as Tiruvooral, as a spring is also flowing from the mouth of Nandhi and from the feet of the Lord,.

It is situated 30km north of Kanchi and 12 km south of Arakonam.