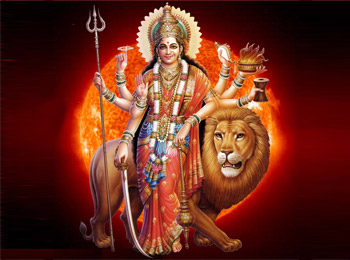 Durga Mandir in Dhamtari city is another temple than the Bilai Mata sanctuary which is devoted to Goddess Durga. Goddess Durga is held in high regard by the devotees here. Amid Durgashtami the sanctuary wears a festive look.

How to Reach Dhamtari

Raipur Airport aka Mana Airport (70 km) is the nearest airport to reach Dhamtari. Raipur is connected by air to major cities such as Mumbai, Hyderabad, Delhi, Bhopal and Ahmedabad.

Dhamtari Railway Station is a narrow gauge line with only a selected number of trains halting here. Raipur Railway Station at 70 km is the nearest junction that is well connected to major towns like Chennai, Mumbai, Kolkata, Delhi and Nagpur, etc. Metered taxis, buses and autos are available for rent from the station to reach any part of the city.

Dhamtari has its own bus stand situated in the heart of the city. Regular bus services from CSRTC are available to surrounding cities such as Kavardha, Kanker, Raipur and Bilaspur. Of late, inter- state services too are available that are operating to other states such as Orissa and Maharashtra.