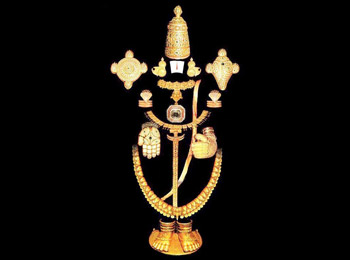 This white, Nagara style temple is situated about one and a half kilometres away from the Udaypur bus stand and has regular bus services operating in and out of it. The temple is a little bit curved and has a dome and a room where the idols of the temple are placed. Beautiful paintings of Gods and Goddesses decorate the wall of this temple. 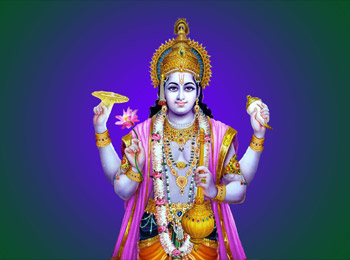 Dev Naraayan is a popular deity mainly worshipped in Rajasthan and Madhya Pradesh, India. He is believed to be an incarnation of Lord Vishnu. He came on earth to take revenge of the death of his father, Sri Savai Bhojh and also to establish his own cult. He was an ancient Gurjaar warrior. Though Gurjaar is a pastoral agricultural ethnic group but they are also known for their fighting spirit and battle skills.

Dev Naraayan was born to a Gurjaar couple, Sri Savai Bhojh and Sadu Matha Gurjaari, in 911 A.D, on the seventh day of the month Magha (January – February), according to Hindu calendar. Sri Savai Bhojh was the most courageous of 24 Gurjaar brothers who fought against Rana, a warrior trying to take over the Ran city in Rajasthan.

Sadu Matha was once visited by a mendicant who was begging for alms. She had just completed performing her ablutions and bathing but still she didn't turn the mendicant empty-handed. Impressed, the mendicant appeared into his real form. He was God himself and asked her to ask for a wish. She asked God to be born as her own son and he granted the wish. When Sri Savai Bhojh died in the battle, Sadu Matha underwent a severe penance. After eleven days, infant Dev Naraayan fell into her lap.

As he grew up he came to know about what had happened to his father and, against the wishes of her mother, Dev Naraayan decided to go to his father's ancestral home and ask for his right. Dev Naraayan, with his cousins, launched an assault against Rana. Dev Naraayan first released his herd of 980,000 cows and buffaloes in his fields to ruin the crops and then beheaded him with his bow-string. Rana was later revived and given back his life and he establishes the city of Udaypur. After this, Dev Naraayan decides to ascend to heaven. One of his wives, named Pipalde, requested him to bless him with a son before going and hence Bila was born. Earlier, he denied accepting his father's divinity and authority as he was egoistic but soon after he realized his mistake he came to be known as the first priest of Dev Naraayan. He looked after his father's shrine and thus a place to worship Dev Naraayan was established.

People ask for relief from diseases and unhappiness.

Dabok Airport, also known as Maharana Pratap Airport is the closest at about 25 km northeast of the city centre.