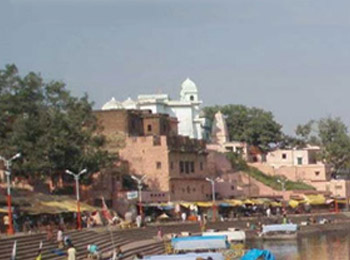 Chitrakoot shakthi peeth is located in Chitrakoot district, Uttar Pradesh. Chitrakoot town is home to several ancient temples mentioned in Hindu Scriptures. Chitrakoot area borders Madhya Pradesh and Uttar Pradesh. The place has several temples which attracts tourists from all over the country. 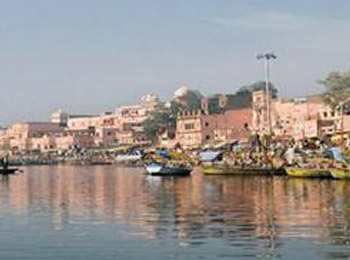 Ramagiri or Chitrakoot Shakthi Peeth is the temple where Devi Sati’s Right Breast had fallen. Devi Sati is worshipped as Shivani or Sharada and Lord Shiva as Chand Bhairav or as Chand.

The chief deity is Goddess Shivani. 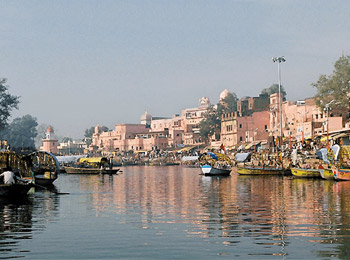 Chitrakoot temple is considered as a very sacred place. Lord Rama, Devi Sita and Lakshmana were supposed to have spent their eleven and a half years in these forests out of their fourteen years of exile. Several sages such as Maharishi Markandeya, Atri, Sati Anusuya, Sarbhanga, Sutikshna, Dattatreya, have meditated here.  Lord Brahma, Vishnu and Maheswar also took their incarnations here. It is believed that when Lord Rama performed the Shradda ceremony of his father, all the gods and goddesses came to Chitrakuta to partake of the Shuddhi (i.e. a feast given to all the relatives and friends on the thirteenth day of the death in the family). The first known mention of Chitrakoot is in Valmiki Ramayana. Mahakavi Kalidasa describes Chitrakoot as Ramgiri as a tribute to his Bhakthi to Lord Rama. Tulsidas, the saint poet of Hindi is said to have had darshan of Lord Ram at Chitrakoot.

Ramanavami, Somwati Amavasya, Sharad Poornima, Amavasya, Makar Sankranti and Deepavali are some of the special occasions when people gather at Chitrakoot for festivities. 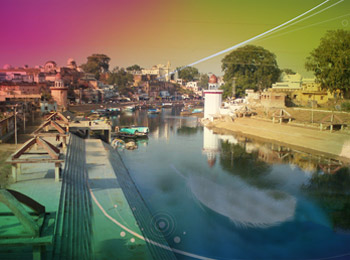 Both economical and expensive type of accommodation is available here. Listed here are some of the budget hotels for stay - Tourist Bunglow, Rahi Tourist Bungalow, Guru Kripa Atithi Griha, Kamadgiri Bhawan, Vinod Lodge are some of the economical , yet good accommodations places. Here the rent of each room may vary from Rs 200 to Rs 600. Also there are several free of charge guest houses or dharmsalas that are run by the various nonprofit organizations. Beware of the touts who promises to give hi-fi deals with cheap rates.

Nearest airport is in the Allahabad, and national flights are available. For international flights, Delhi is the nearest location. But it is advisable to have taxi or your own mode of transportation when you are coming to Chitrakoot from airport. 1. Rickshaw, Auto Rickshaw and Bus are common mode of transport in the city. 2. Take necessary steps to protect yourself from sunburn etc, because in the summer season, temperature shoots up to 40+ degrees in this part of the country.

Several deluxe bus services are available to Chitrakoot and they are worth trying, if you are not getting reservation in the train.