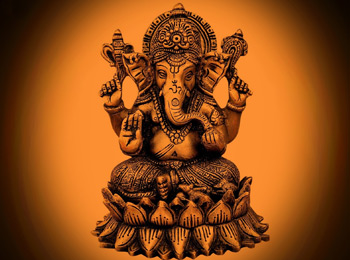 The renowned temple of Chinthathura Vinayaka is located at the heart of Kollam, merely a kilometre from the Kollam Junction Railway Station. Lord Ganapathy (Vinayaka) is the principal deity of this temple. This is temple hold the special distinction of being the only temple in Kerala where Lord Ganapathy faces the direction north. Despite having Lord Ganapathy as its principal deity, Lord Siva is also worshipped here with equal importance. A separate shrine for Naga is also found in this temple.

The Chinthathura Vinayaka Temple was constructed by the tobacco merchants from Sri Lanka. Long ago, few merchants from Sri Lanka were sailing towards Kollam in India when they lost their route and thus had to return back to their native country. A devaprasna (an astrological method to find out reasons) revealed that they should construct a Ganapathi temple to avoid such incidents in the future. They also believed that this would bring them happiness and prosperity. Hence they constructed this temple at Kollam. The temple’s architectural style prominently resembles that of the Sri Lankans, which stands as a proof to this legend. An inscription seen near the sanctum sanctorum of this temple mentions that the temple was renovated by a Kerala ruler in 1496. The Travancore Devaswom Board is in charge of the temple’s administration.

Daily two poojas are performed in this temple namely the Usha pooja and Athazha pooja.

Vinayaka Chadurthi is the major festival celebrated in this shrine.

How to Reach Kollam

The Thiruvananthapuram International Airport (76 km) is the nearest located airport. Flights are a better option for those who travel to Kollam from North India.

Kollam has its own railway station which is well connected to important towns and cities of Kerala. The Chennai – Kollam and Kollam express are the most convenient option for people coming from the neighbouring state of Tamil Nadu.

Kollam is well connected by road through the national highways of NH-47, NH-220, and NH-208. Regular and frequent interstate buses ply in this route from all major cities of India like Bangalore, Chennai, Coimbatore, Madurai, Pondicherry, Thrissur and many more.