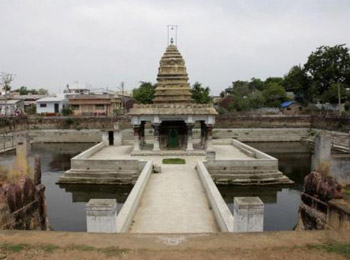 The Chaturmukha Brahma temple is located at Chebrole in Guntur, in Andhra Pradesh. 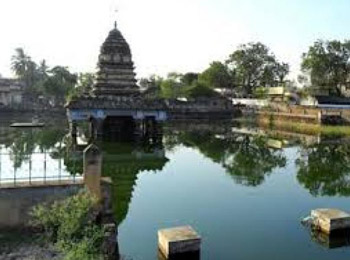 The Chaturmukha Brahma Swamy temple was built approximately around 200 years ago. It was constructed by Raja Vasireddy Venkatadri Naidu. It is dedicated to Lord Brahma, and he is worshipped along with Lord Siva.

The temple is located in the midpoint of a tank surrounded by two small temples for Lord Siva towards the east and the west and that of Vishnu in the North and the South and four temples for Goddess Shakthi in the four corners noticeable in different incarnations. Sri Adikesava Swamy temple, Sri Nageswara Swamy temple, Sri Bhimeswara Swamy temples are close proximity of Chaturmukha Brahma. It is believed that these temples were built between the 9th and 14th Centuries. The Brahmeswara Temple is one the few and earliest temples in India dedicated to Brahma. 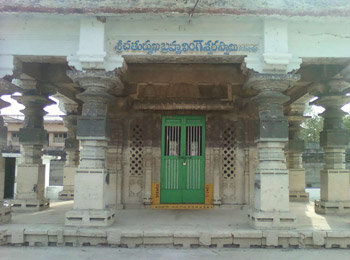 The presiding deity here is Brahma. Here the Lord embodied with four faces makes it one in all the distinctive temples of Lord Brahma in India. Lord Brahma is worshipped here along with Lord Shiva. There is a sub-shrine in the temple for Lord Nataraja. The idol measures 12 feet and is the centre of attraction here from hundreds of years. The stone sculpture of Nandi is also situated in front of the Idol.

The temple is legendary for its four shrines for Nageshwara, Adikeshwara, Bhimeshwara and Brahmalingeshwara. The Bhimeswara temple has been to a great extent designed during the period of the Chalukya King, Krishna Deva Raya, and the rest during the 10th-14th centuries. The temple of Adikeshwara contains 2 shrines, and as we move towards Nageshwara temple, we can see within the temple premises a gorgeous, massive, red stone Nandi, being the prime attraction in the temple. The Brahmalingeshwara temple conjointly contains a little shrine that is found at the middle of temple tank. The prime god is Shiva, including four faces of Lord Brahma. It is said that Lord Brahma was cursed by Bhrugu Maharshi that he would not be worshipped on earth which is the reason why a Sivalingam with carvings of Brahma on its four sides was consecrated here instead of separate idols for him.

The nearest airport is Gannavaram Airport Vijayawada which is 65 km away.