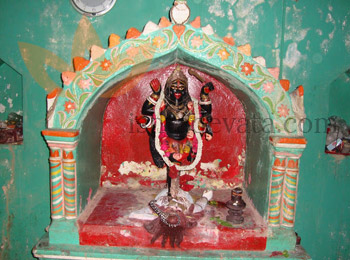 Bangladesh is a low-lying country formed by the alluvial plain of the Ganges-Brahmaputra river system—the largest delta in the world. The rivers' annual floods bring silt to renew farmland fertility, often creating new islands in the delta that are quickly claimed as farmland. Much of the land is barely above sea level, with the exception of hills east and south of Chittagong. The monsoon winds come in summer (June to September) and bring heavy rainfall and cyclones. Bangladesh is one of the poorest countries on Earth, and most people are subsistence farmers. 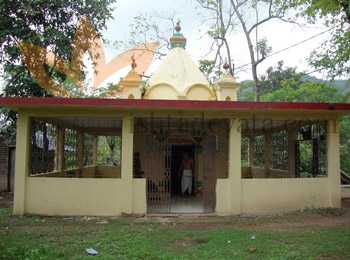 The temple is listed among the 51 Shakti Peeth of Ma Sati. It is said that, the right arm of Maa Sati fell here, when lord Vishnu in order to relieve lord Shiva from grief of losing his wife Sati, used his ‘Sudarshan Chakra’ to incise Maa Sati Body. Then, at the place of fall of right arm, this small temple was constructed. Chattal Shakti Peeth is situated in Sitakunda station of Chittagong District, Bangladesh. Here the idol of Maa Sati is called as ‘Bhawani’ and the lord Shiva is worshipped as ‘Chandra Shekhar’. It has some of the best art and architecture, and looks adorable in terms of design. The reflection of sun light and glow of white marble presents views of being in heaven and picturesque views are impeccable. At the front of the temple, there is a large courtyard, and it has marble flooring over it. After there are steps and above them is the dome type of opening. The huge pillars of the temples represents it like as massive fort and gives a strong feeling to the viewers. This temple has numbers of floors and they can be accessed from inside. In morning and evening colossal scale ‘Aarti’ are performed by the priest of the temple.

The main deity is Maa Sati is called as ‘Bhawani’.

This place dates back in the time when it is said that the Right arm of Maa Sati fell to this place. Best information about the origin and the formation of this temple, people can mingle with local people.

Navratri that falls two times in a year- one in the month of March or April and other in theSeptember or October month depending on the Hindu calendar, is among the major festival here.Navratri are celebrated for over 9 days, with some people not eating any type of food that is derived from the soil for these nine days. Special ceremonies and rituals are carried during these days. Devotees offer their offering to the god in form of fruit, milk, homemade sweets. Another festival that is celebrated with great enthusiasm is the ‘Shivaratri’ and during this day, people keep fast, pour milk on the Shiv Lingam and offers ‘Bail’ (A type of fruit) to the god idol.

The temple is among the famous pilgrim destination and this is why there is an ample arrangement of accommodation. 2 or 3 star hotels are readily available in the vicinity of the Shakti Peeth, but for 5 star accommodations one has to move to Chittagong district. Local accommodations like shared rooms or dormitory are also available at reasonable rates. In some special occasions, there are various types of ‘shivir’ organized by the various non government organizations.

The Chandranath Temple is the nearby location that is visited by people in large numbers. Chittagong is itself a tourist hub and number place to go for.

Road transportation is the most common means in this country. Although there is no direct train to this part, so pilgrims need to change train from Chittagong to reach here. Road, Private busses play to this part of the country and there are several good transport agencies like Skyline, Greenline etc. You will be able to board the buses from GEC circle in Chittagong, Air, From India there are couple of domestic airlines play to this part of the country. Nearest airport to this Shakti Peeth is the Shah Amanat International Airport. Indian pilgrims need to apply for the visa to visit this Shakti Peeth.Pilgrims are advised to have insurances of their luggage, as misplace of cargo is common phenomenon these days.