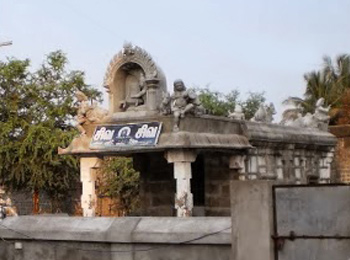 The 14 day Thai Brahmmotsavam is very famous here with 5 day wedding festival, car festival on the 7th day, procession of the 63 Nayanmar on the 9th day, Thai Poosam Theerthavari on the 10th day. On the day of Thai Poosam, deities of 18 villages in Kancheepuram and Tiruvannamalai districts come in procession in a line together, an occasion so unique in this festival.

Lord Thiru Ooraga Perumal temple is in the centre of this place with separate shrines for Mothers. Chelli Amman in north, Paathiri Amman in South, Devendran Periandavar and Veerabadra Swami in the middle, Mari Amman in between them, Angalamman in southeast, Kilaroli Amman in northwest and Dharmaraja are the guardian deities and also the family deities for many in the place. Lords Ganapathi and Brahamma, Mother Durga had worshipped Lord Brahmmeesar. Sages Parasara, Bharadwaja, Brugu, Chola King and Anisekhara Pandian had the darshan of Lord Brahmmeesar in this place on a Thai Poosam day.

It is noteworthy that the temples around Kancheepuram and regions in Thondai Mandalam covering Chennai, Cuddalore, Villupram occupies a place of importance in the religious history of Tamilnadu. No wonder that this temple is part of this glory. The temple has a number of epigraphic notes including the one that Kulothungan I had lit a lamp here in the 1073. The note relating to Rajaraja II is considered still ancient. Mother Jeshta Devi idol belongs to Pallava period. There are many historic details about tax collection for the Vaikasi festival. Kings Ko Perum Singan built this stone temple. Parts of the temple as wedding hall was built by a resident of this place named Tiruvan Tiru Kantharayan. Great poet Kachiappa Munivar had sung the glory of this place and temples in many verses.

Thai Brahmmotsavam and Thai Poosam in January-February; Masi Magam and Maha Shivrathri in February-March are the festivals celebrated in the temples besides monthly pradosha pujas.