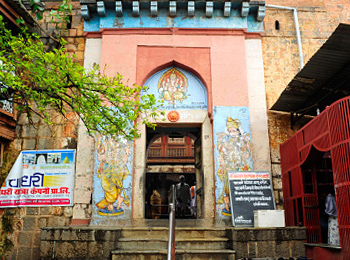 Bhagwanth Temple is one of the most visited pilgrim centres and famous temples in Solapoor. The temple is situated in Bharshi, which is the headquarters of a Taluka in Solapoor district. The uniqueness here, this is the only one temple of Sri Vishnu all over India having Sri Vishnu’s name as Bhagwanth. 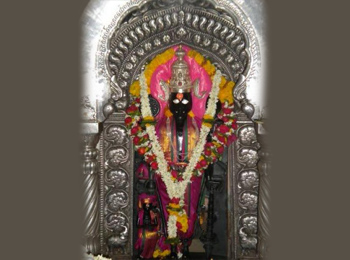 Bhagwanth Temple was built in 1245. This temple is unique in its beautiful architecture. One can see the classic Hemandpathi style of architecture, which can be observed in most temples in that area. The unique feature of this temple is its construction. It has four separate doors that face the four directions. However, the door that opens to east is the main one. The sanctum sanctorum is at the centre of the temple. There is one Garudakhamb (flag staff) in front of sanctum.

Bhagwanth temple homes the idol of Lord Vishnu, which is depicted in black stone and has a gadha (mace), chakra (wheel) and a shankh (conch) in his hands. The picture of King Ambarish can be seen below the right hand. There are also the idols of Goddess Lakshmi on the back of the Bhagwanth idol. You can see Shiva lingam on the forehead and the well preserved impressions of the feet of the saint Sage Bhrighu on the chest of the deity.

The daily rituals include Kakada Aarti, Nithya pooja, Mahapooja in the morning, Dhupaarti in the evening and Shejaarti in the night. People visit during the Ekadashi (eleventh) of the Hindu months of Chaitri, Maghi, Aashadi & Kartikai. During Aashadi and Kartikai Ekadashi, the god Bhagwanth riding on Garuda is taken in a huge procession, through the entire town. A Chabhina is taken out on every full moon day.

Pune Airport is the nearest international airport to Solapoor.

The nearest railway station is Solapoor.

Bharshi is well connected by road to all the key cities by both government and private buses.