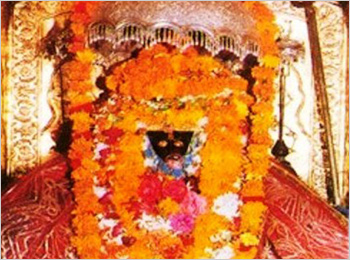 The Bahu fort is now a religious temple. The fort is located on the left bank of the river Tawi. It was constructed originally by Raja Bahulochan over 3,000 years ago. Tuesday and Sunday are special days of worship for the devotees. Fort is surrounded by a beautiful terrace garden. 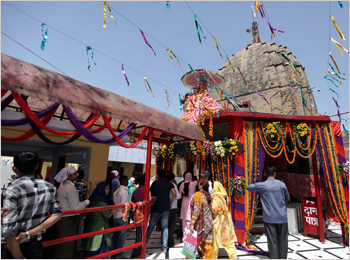 The temple is also known as the temple of Mahakali Goddess and is considered second only to Shri Mata Vaishno Devi. The fort has been under renovation by the government authorities, but the present structure seems to be in a good state. It is situated on one side of river Tawi. On entering the temple premises the vehicle can be parked inside, There are a lot of shops both sides of the entrance road serving prasad, lockets, toys, photos of Mata Ji, Sindoor and specially the khoya barfi (Sweet) which is offered to the goddess at the temple. You will find the compound full of goats you can feed them food. Then after the darshan you can visit the other temples. Once you come out you can enjoy the rides at the appu ghar near parking. And your can even have snacks at the restaurants. One good thing can be felt there is a Mosque just opposite to the main entrance of the temple good for the diversity. 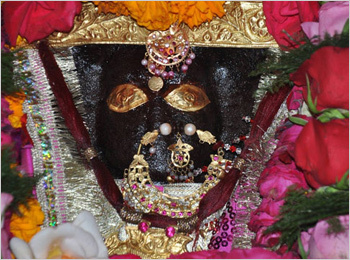 The temple inside is dedicated to the Goddess Kali popularly known as Bave wali Mata. Bave Wali Mata is the presiding deity of Jammu. 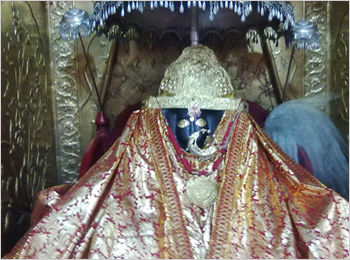 A pleasant and cool climate greets the visitors of Jammu almost throughout the year although it can get extremely hot during summers and very cold during the winter months. Ideally the best time to visit Jammu is between October and April. Twice a year, during the Navaratras in March or April and September or October, the temple erupts in festivities celebrating the Hindu festival, "Bahu Mela". The festival attracts a huge number of pilgrims and visitors to both the fort and the shrine inside the fort’s premises. During this time, special stalls selling flowers, coconuts, sweets, incense and red cloth open up to make offerings to the temple’s deity. Tuesdays and Sundays are considered to be even more auspicious days for worship at the temple.

The closest airport to the temple is the Jammu airport which is around 13.5 km away from the temple. Almost all airlines operate regular flights to Jammu from major cities like Delhi, Srinagar, Chandigarh and Leh.

Jammu Tawi is the major railway station in Jammu and the closest one to the temple. There are regular train services from the major cities of India like Delhi, Kolkata, Mumbai, Chennai and Trivandrum. The temple is located at a distance of about 5.5 km from the railway station.

Jammu is well connected with an extensive bus and taxi network. Private tourist buses ply to and fro between Jammu and the major Indian cities like Delhi, Manali, Amritsar, Shimla and Ludhiana. Taxis can be hired from Jammu city to reach the temple which is around 5km away from the centre of Jammu city.

The temple is open during normal hours.