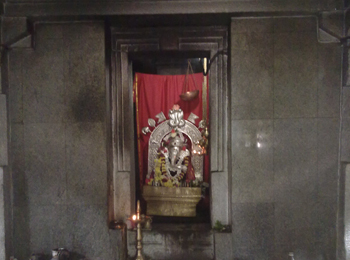 The deity of God Ganesha is worshipped at the Batte Vinayaka Temple which is located at Barkur in Karnataka. This temple is one of the oldest in the district and thousands of devotees visit it during the year. The deity of God Ganesha is decorated with clothes and bells on the waist as it is installed in the main shrine. It is believed that most of the devotees who visited this temple before the construction of Barkur Kingdom were vehicle owners. Barkur Temple consists of 365 temples and it is believed that the devotees can visit each temple, every day of the year. Most of the temples in the region have collapsed and deteriorated over the years and even this temple is closed many a times due to safety measures. The temple is supposed to be renovated soon and a researcher named Dr. Gururaj Bhat of Mangalore University has expressed that the five footprints in front of the temple must be preserved. In other words, the historical significance of the temple must be preserved.

The Bajpe Airport is nearest to the temple.

The Railway station of Barkur is nearest to the temple and is well connected to other cities in the region.

The devotees can take a bus or hire a taxi to reach the temple as it is well connected to other major cities of India.