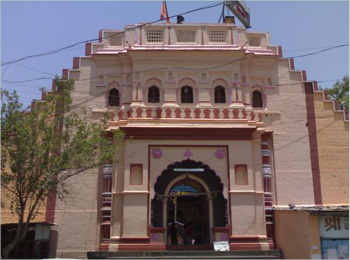 Washeem is a small town in the District of Washeem, in the Vidharba region of Maharashtra. Washeem is primarily know for its temples, the most famous being the Balajee Temple. 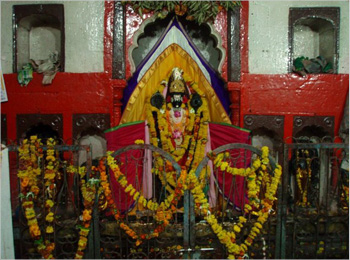 The main idol of Balajee is made of black stone and decorated with ornaments. At the entrance, you can see words inscribed on the pillars which tell the year of the temple as '1700 Shaka'. Some years ago, a gold-plated dome was added to the inner sanctum.

On either side of the main Balajee Temple are 2 other temples: one dedicated to Vyankateshwar Balajee, and the other to Ramachandra. In the latter are images of Ramachandra, Lakshmana, Sita, Maruthi and Rariha Krishna.

A beautiful feature of the Balajee Temple is the Deo Talav. Also referred to as Balajee Talav, this is a big square-shaped tank made from stone. At the centre of the tank is a resting place for those who swim within the tank, called Jalakridasthana.

The temple of Balajee is an old temple in the town and was constructed by Bhavani Kalu. He constructed the temple in 1779 AD. The images in the temple of Vyankateshwar Balajee were buried during Aurangzeb's reign to save them from destruction. All traces of them were lost. In about 1760, a horseman happened to turn up a little earth with his stick and saw a finger of an image. Images of Brahma, Vishnu, Mahadev, Parvathi, Devi, Ganapaty, and Naga were taken out. At that time Bhavani Kalu set up the present temple. The work took 12 years to finish, according to an inscription on a pillar in front, in 1700 Shaka, i.e. AD 1776.

A big fair is held in honour of Balajee in Ashvina (September–October). The festival of Ramanavami is celebrated here annually.

The nearest airport to Washeem is at Nanded.

Washeem is well connected to other cities by buses.